The starting gun has been fired in the race to build the first of the hospitals promised by Boris Johnson in the run up to last December’s general election.

The prime minister said he would spend £2.7bn on building six hospitals under an initiative called the Health Infrastructure Plan.

Now Leeds Teaching Hospitals NHS Trust has said it will hold an open day next month for a £500m scheme to redevelop the Leeds General Infirmary, better known as the LGI. 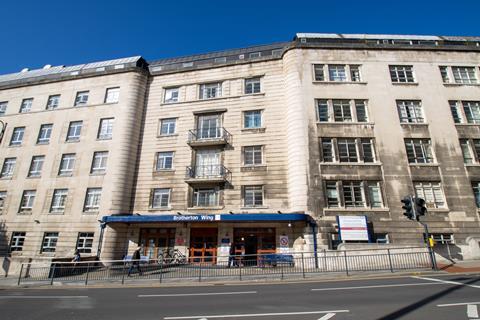 The LGI’s Brotherton Wing opened in 1940

The LGI has been at its current city centre site for over 150 years and the trust’s plans will include a new adult hospital and a major site for the Leeds Children’s Hospital.

Called the Hospitals of the Future Project, the trust said it will hold an open day on 24 March in the city where it will unveil its proposals and how it plans to procure the job.

The trust said that if the event is over-subscribed, priority will be given to main contractors, architects, M&E engineers, sustainability and carbon specialists along with digital firms specialising in health.

It added that it would hold separate meetings with firms about what form of contracts it planned to use.

A contract notice is due to be advertised on 1 October this year.

At last autumn’s Tory party conference, health secretary Matt Hancock said the six schemes would all be completed by 2025.

Others include the full upgrade of Princess Alexandra Hospital in Harlow, Essex, the University Hospitals of Leicester NHS Trust’s plans for the Leicester General and Leicester Royal sites, as well as the construction of a new Watford General hospital.