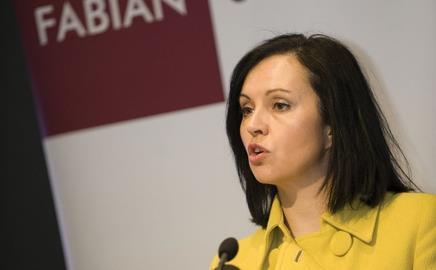 In her first speech in her new role, made to a Fabian Society housing conference on Tuesday, Flint concentrated on proposals to restrict access to social housing for tenants on social security who turn down work.

But she insisted that this focus ought not overshadow the need to increase housing supply.

She said: “My first priority is to get the 3 million homes built [by 2020] and that includes social and affordable housing.”

Adam Sampson, the chief executive of homelessness charity Shelter, said the concentration of workless households in social housing was a consequence of the one-third reduction in affordable homes over the past 20 years.

This meant that an increasing proportion of it was being allocated to those in the greatest need, who were more likely to be unemployed.

Flint’s speech followed a climbdown by the government over its new planning tariff.

A government amendment to the Planning Bill includes a list of items that can be procured using the tariff. This was a reponse to lobbying by developers who were concerned that councils would treat the levy as an open-ended source of funds.

The clause says planning authorities can use the levy only for transport, flood defences, schools and colleges, medical, sporting and recreational facilities and affordable housing.

Jonathan Segar, planning policy officer at the British Property Federation, said: “It’s clear the government does not intend the levy to be the answer to all infrastructure problems.”