Northampton brick and concrete block maker Forterra has warned its performance in the first six months of this year is likely to be worse than the equivalent period in 2019 with this winter’s flooding taking its toll.

Announcing its 2019 results, the group said demand had slowed in the second half of last year as political and economic uncertainty hit consumer confidence. This was continuing into the first half of 2020, it added. 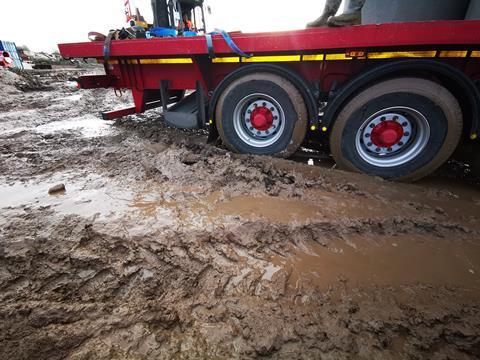 This winter’s flooding has turned sites into quagmires

He added: “We remain optimistic that demand will recover through the year, although this may take some time given an extremely wet winter.”

The group is currently building a new £95m brick-making plant in Desford in Leicestershire which will be able to manufacture 180 million bricks a year and is set to be the largest brick manufacturing facility in Europe.

The group said it took a £4.3m hit in restructuring costs during the year.