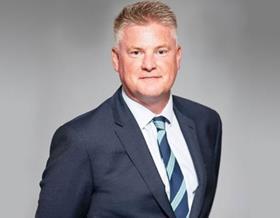 In July, Salt was the highest profile casualty of Galliford Try’s programme of job cuts as the contractor sought to recover from losses on its Aberdeen road and Queensferry Crossing schemes in Scotland.

Salt (pictured) had been managing director of Galliford Try’s infrastructure division since the summer of 2017 and had previously worked in the same position for the group’s rail, aviation and coastal sectors, joining from Morgan Sindall, where he was rail director.

The UK arm of Systra Group, which evolved from a French transport business founded in 1957, has worked on a number of high-profile transport schemes including Crossrail while it is part of the team that will build the HS2 station at Old Oak Common in west London.

It also worked with developer Quintain on the initial outline application for the Wembley Park masterplan.

Andrew McNaughton, the former Balfour Beatty boss who left the contractor in 2014 after a £30m profit warning and now chairs Systra’s UK business, said Salt’s appointment marked “a new chapter” for the company and its “commitment to the UK”.

In August, Systra announced it was doubling the size of its UK operation to £500m by acquiring TSP Projects, the York-based transport engineering and consultancy group.