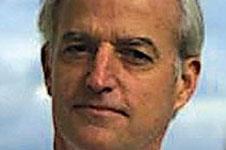 Tube Lines has confirmed it is in contractual negotiations with former London Underground managing director Tim O’Toole about taking on the post of chief executive.

The American returned to his native Philadelphia last year after leaving the LU post in April. During his time at LU he was highly critical of the 30 year PPP contract, which gives Tube Lines maintenance and upgrading responsibility for the Northern, Jubilee and Piccadilly lines.

In a statement Tube Lines said: “We can confirm that we are in contractual negotiations with Tim O’Toole, former managing director of London Underground, to recruit him as Tube Lines new chief executive. We hope to be in a position to conclude our negotiations as quickly as possible.”

The news comes following last week’s decision by the PPP arbiter to raise costs for the next 7.5 years of the contract to £4.5bn.