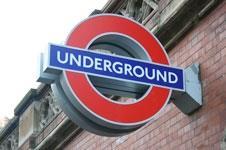 The arbiter of the ongoing dispute between Transport for London and PPP partner Tube Lines has increased the cost of the next 7.5 years of work on the scheme by £65m, in his final determination.

Transport for London has hit out at the determination, which puts the cost of the work at £4,465m, and said it is considering taking legal action against the arbiter, Chris Bolt.

In December the arbiter said the work should cost £4.4bn, compared to an estimate from TfL of £4bn and from Tube Lines, a consortium of Bechtel and Ferrovial, of £5.75bn. Today’s decision also gives a draft indication of who should shoulder the costs of the increase, with the arbiter siding firmly with the Tube Lines consortium on the issue. Bolt said TfL should find the extra money or reduce the scope of the upgrade work.

Chris Bolt said: “I have listened carefully to the representations made by both Tube Lines and London Underground, and made a number of changes to my draft directions. Overall, this leads to a small increase in the costs allowed for the next Review Period.”

However, London mayor Boris Johnson and TFL reacted angrily to the decision, alleging Tube Lines was making “hundreds of millions of pounds” of secretive payments to its shareholders, and that the PPP was definitively “not delivering for London.”

Johnson said: “Londoners will also be outraged that the Tube upgrades promised to them are now threatened. Simply put, we are being asked to write a blank cheque in order to prop up an ailing and failing Tube Lines, and to guarantee massive and secretive payments of £400 million to its shareholders, Ferrovial and Bechtel. In other countries this would be called looting, here it is called the PPP.

"It is a system that no Londoner voted for and which is letting us down, while the Government seeks to wash its hands of the mess it created. We will fight this to the last and are seeking urgent advice on the Arbiter’s idea to pass Tube Lines' obligations to raise finance on to London’s fare and taxpayers. We are therefore examining all our options, including legal remedies.”

Andrew Cleaves, Tube Lines acting chief executive, said: “We have worked hard with London Underground to make this partnership work. During the last seven years, Tube Lines has achieved significant improvements in reliability, cost and safety. With the support of London Underground, we can do even better in the next few years.

“The Tube requires sustained, high levels of long term investment. It is important therefore that there is general support for this massive improvement in the Tube in order to deliver the London Underground’s vision of a world-class railway for London.”