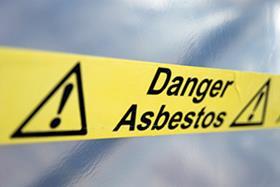 Two elderly former partners at RMJM who were facing a £1m asbestos court claim have been absolved of responsibility.

The families of Andrew Derbyshire and Vernon Lee described their 15-month ordeal since the writs arrived “out of the blue” as “worrying, saddening and often very stressful”.

The case, brought by the family of a former employee who died of a disease caused by exposure to asbestos, has been settled out of court by a Scottish housebuilder, who the man worked for before RMJM.

Derbyshire and Lee, and a third partner, Alan Whiteman, all in their late 80s and 90s, have now been released from the action after demonstrating that the victim’s exposure to asbestos while working for RMJM was negligible and did not involve negligence.

Asbestos claims are complicated and the law encourages claimants to sue all employers who could possibly be responsible.

Derbyshire and Lee were named in court papers filed at the Court of Session at Edinburgh following Miller’s death.

They are both former chairmen of RMJM. Their defence was coordinated by their sons, Ben Derbyshire, who runs HTA Architects, and Marcus Lee who quit as director of Glenn Howells Architects in order to devote more time to the case.

In a statement the two sons thanked everyone who had supported them through the ordeal. But they were critical of the lack of information and support provided by the RIBA, RIAS and Architects’ Benevolent Society (ABS) and vowed to campaign for change.

“We feel our professional institutes ought to be able to do more to help vulnerable ex members such as Andrew and Vernon, and we do not feel it would take too much effort to hugely improve the support available,” they said.

In February 2013, three surviving partners of Robert Matthew Johnson Marshall & Partners, all in their nineties, received writs, quite out of the blue, served from the Edinburgh Court of Sessions.  The writs came with no explanation and were largely incomprehensible, being riddled with legal jargon.  The suit originated in the sad death from Mesothelioma (a condition, like asbestosis caused by exposure to asbestos) of one Mr Miller, whose family were seeking compensation from all his previous employers who may have brought him into contact with asbestos.

It’s in the nature of this terrible disease that its incubation can take decades and the source of infection is impossible to identify.  So society compensates victims with a law based on the least worst principle that responsibility for damages is shared, in proportion to the relative possibility of exposure, amongst all those whose employment of affected individuals may have caused infection and has been negligent or breached statutory requirements in allowing someone to be exposed to asbestos dust.  Whilst this is intended to share the burden of damages, an inevitable consequence is that protagonists named in such suits will tend to want to shift the burden onto each other - and is at liberty to seek out and attempt to prove the case against further parties to share the burden if they possibly can.

Thus we found ourselves hastily arranging power of attorney on behalf of two men, Sir Andrew Derbyshire and Vernon Lee, both suffering (as Andrew put it) the slings and arrows of old age and at the tail end of a long string of potential liability in which other possible protagonists either could not be found, or had gone into liquidation.  Scarily, (and we never told them this) at one point in the proceedings they faced an 85% share of damages assessed at upwards of half a million pounds. Worse, the alleged injury having been inflicted in the late 1960s, Employers’ Liability Insurance, which would have protected the ex partners, may never have been taken out (it became compulsory in the early ‘70s), and in any event could not be traced.

After a long, tortuous, expensive, time consuming, worrying, saddening and often very stressful process, we reached a point some months ago when we were able to demonstrate that the unfortunate Mr Miller’s exposure to asbestos while working for RMJM as a clerk of works at Ninewells hospital, Dundee, was negligible, and in any event not negligent on the part of RMJM, his then employers. We have been dismayed it has taken so long since we disclosed this proof, and distressed by the impact on Andrew and Vernon, but at long last, the previous partners have been released from the action with no liability.  Meanwhile the bereaved family have been awarded substantial damages in excess of £360,000.

We received lots of well meaning support from sympathetic friends and colleagues, for which we were and remain extremely grateful. But the striking thing about this experience is the extraordinary lack of factual information and practical support available to people like Andrew and Vernon, or their families.  Nowhere were we able to obtain readily available advice on how the law works, where to go to find insurance, what sort of legal advice to get (you need specialists) or who the specialists in the field are.  We had to find all of that out for ourselves, from friends, neighbours and by trial and error.

So, together with Ian Leach of BLM Law, the firm that ultimately guided us to the eventual release of the three former partners from this nightmare, we will be proposing to both RIBA, RIAS and ABS that they strengthen their ability to respond helpfully by establishing a network of individuals such as ourselves who can assist with information, and take steps to compile an online resource with lists of specialist solicitors, counsel, insurance archaeologists and so on who act in cases such as this.  We feel our professional institutes ought to be able to do more to help vulnerable ex members such as Andrew and Vernon, and we do not feel it would take too much effort to hugely improve the support available.