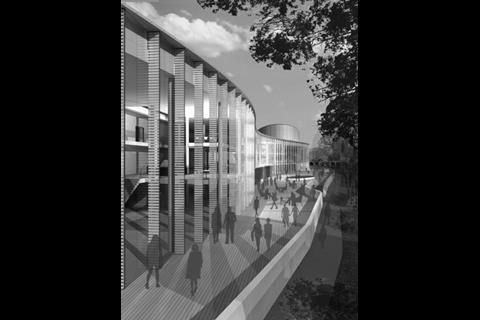 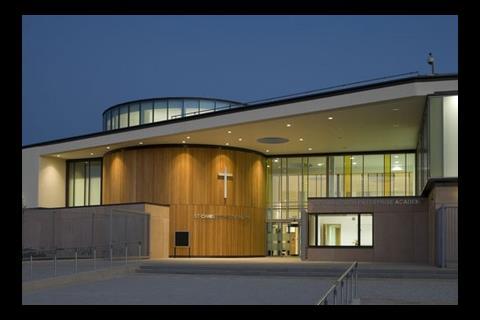 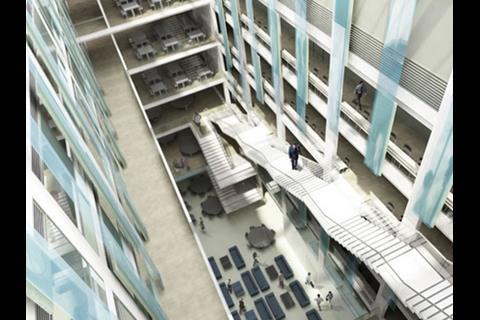 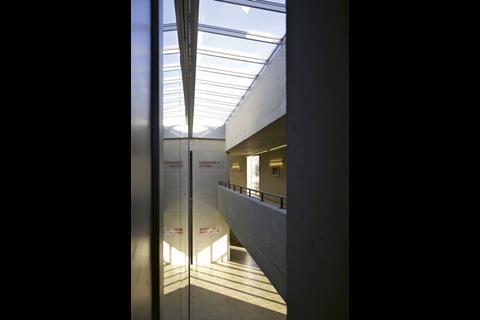 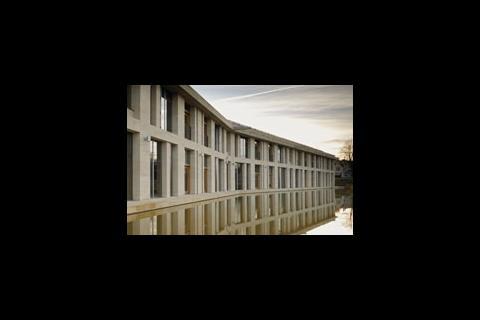 Architect Feilden Clegg Bradley Studios has been heavily involved in the education sector with over 50% of its work currently in this area.

The firm says it works with the transformational agenda of the BSF programme, exploring how the spatial brief can be manipulated to form a variety of flexible learning spaces within organisational models that break down institutionality.

Recent and current schemes in the education sector include:

FCB Studios was appointed in July 2007 to design a new 35,000m² campus on a riverside site in Barnstaple for North Devon College. The project received approval in principle in January 2008 and is to be submitted for planning permission in August 2008 with completion of the new facilities due September 2010.

It will create a landmark new campus for the whole of North Devon providing specialist technical facilities and addressing the needs of both employers, young adult learners and members of the public in a wide variety of subject areas and community activities.

The Academy has a specialism in business and enterprise with a curriculum focus on food. The core principle which underpins the development is the ethos of healthy body, mind and spirit.

The design aims to achieve the highest environmental sustainability possible within the budget, whilst providing for the curriculum, pastoral and social structures developed by the sponsors and the Principal. It is also a key aim that this project plays an important role as a socially robust development in this sensitive community.

A wide range of Academy facilities will be accessible to the local community for sport, education or leisure and the design also incorporates the relocated St Christopher’s Church which has been fully integrated into the Academy, both physically and socially.

The firm was the unanimous choice of the judges to win a limited competition to design a new business school and student hub intended to be at the forefront of green building development in Manchester.

The 20,000m² building will incorporate a new faculty and as well as a cross-university facility for 5,000 students and 250 staff including catering, social learning zones and IT drop-in spaces.

The business school atrium is a calm and visually cool space with bridges, balconies and platforms. It is seen as having facilities comparable to the best in current workplace design and in which circulation provides space for social interaction and the exchange of ideas.

The hub atrium is seen as far more vibrant, characterised by the buzz of the catering facilities, colour, furniture and the traffic of people. It can be likened to a busy arcade.

In plan, its trapezoid form is driven by a reaction to the geometry of site.

The building design is driven by a shared ambition to create a progressive low energy University building.

Thermal mass, natural daylight and controlled ventilation are the basis for creating a low energy ‘base-building’.

In support, it is proposed that there will be a number of integrated energy generation features.

A large photovoltaic installation is planned for the extensive South facing roof whilst ground coupled cooling would support the chilling requirements for IT and occupancy intensive spaces.

Oundle SciTec is an innovative new scheme which brings together the teaching of technology, art and aesthetics with the study of science.

This new project provides a landmark building which embodies the ethos and spirit of this established school. SciTec provides science laboratories, art and design technology studios, a 260 seat lecture theatre and library.

The science laboratories which form the first phase were completed in August 2007.

One aim was that Scitec’s environmental features should be an educational tool.

The onsite renewables demonstrate this very visibly: roof-mounted, flat-plate, solar-thermal collectors generate hot water services for the laboratories, and polycrystalline photo-voltaic panels supplement the electrical capacity. Water consumption on the site is reduced with a rainwater recycling system re-directing water to flush the WCs. Rainwater on the roof is attenuated via gargoyles that direct the flow into the lake.

The design provides a rhythm of structure and openings on the gallery level which are evocative of the Cloisters.