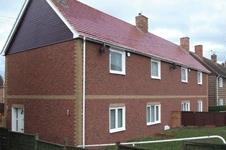 The number of people campaigning against development has grown by five percentage points, a poll has found.

The Saint Consulting Group, which works with developers to get schemes accepted, found that 29% of the 1,000 people it surveyed had actively opposed some form of development in their area. This compares with 24% last year.

Nick Keable, UK vice president of Saint, said: “The number of active Nimbys who are doing something by writing letters, signing petitions and meeting councillors is increasing.”

New private housing was the main target, accounting for 51% of all projects opposed, compared with 40% in 2008 (see graph). Meanwhile, the proportion of people who campaigned in favour of extra housing fell from 40% to 18%. Keable said: “I think development will become harder because there will be more on-the-ground opposition to residential.”

Even so, support for new housing grew: 18% of people said their area needed more homes, compared with 7% in 2008. Opposition to development in general plateaued at 85%.

Although anti-development sentiment rose in most regions, it dropped by 9% in London.

Kate Gordon, senior planning officer at the Campaign to Protect Rural England, said the rise in campaigning against development could be caused by dissatisfaction with the service provided by planning departments, opposition to eco-towns and communities feeling powerless to influence regional planning processes.

Just over half the people surveyed thought planning gain requirements should not be relaxed to improve the viability of developments in the recession.