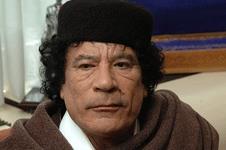 Libyan leader Colonel Muammar Gaddafi has fallen foul of New York planning authorities, which have ordered his entourage to dismantle a large tent they had erected in a suburb of the city.

The Bedouin-style construction was reportedly pitched on land rented from property magnate and reality TV star Donald Trump. The Libyan leader was planning to use the tent to host meetings during the UN Assembly in New York, it is understood.

Atorney Joel Sachs told Associated Press the construction of the tent "violated several codes and laws of the town of Bedford". He added: "There is no such thing as diplomatic immunity when it comes to complying with local laws and ordinances."

Gaddafi arrived in the US on Tuesday to attend the Assembly and has been attempting to erect the tent, without success, ever since. Gaddafi had planned to pitch a tent at the Libyan government's five acre estate in Englewood, New Jersey, but local opposition turned him away.

The Libyan leader is known to prefer tents over buildings.