Galliford Try housing boss steps down due to ill health

Firm announces Ian Baker is stepping down with immediate effect 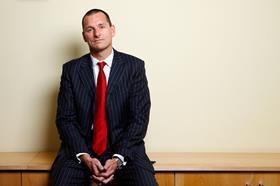 Galliford Try’s housebuilding boss Ian Baker has stepped down with immediate effect due to ill health, the firm has announced.

In a stock market announcement this morning, Galliford Try said Baker – who became housebuilding managing director at the group in 2009 – would also be stepping down from the group’s executive board immediately.

He will remain with the business until November 2013.

Chief executive Greg Fitzgerald said: “It is with great personal sadness that we report that Ian Baker has had to step down from the executive board in the most unfortunate circumstances. The board and I thank Ian for his contribution across his career with Galliford Try.

“The board have put in place contingency arrangements to cover Ian’s absence and we will update the market regarding the appointment of a successor when possible.”

Galliford Try also confirmed that Development Securities’ Graham Prothero would formally join the board as group finance director in February.

Chairman Ian Coull added: “The board looks forward to welcoming Graham to Galliford Try early in the New Year, and benefitting from his considerable financial and industry expertise.

“We, as a board, also extend our best wishes for a swift recovery to Ian as well as our support to his family at this difficult time.”