The break-up of 75-year-old contractor NMCN has been largely completed after Galliford Try nipped in to snap up most of its £100m water business for just £1m.

The firm said it had bought “substantially” all of the stricken contractor’s water arm which will now see 900 staff move across to their new owner.

Earlier, business rescue specialist Svella, which had agreed a refinancing deal with the stricken contractor over the summer, said it had picked up NMCN’s telecoms, plant hire, transport and accommodation divisions with nearly 700 staff joining that business. 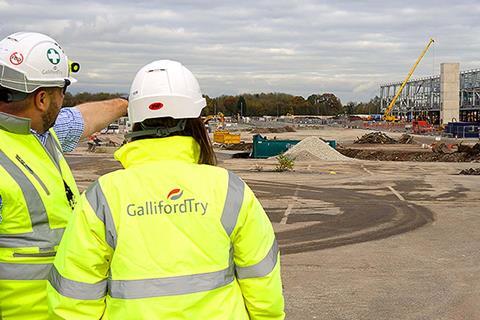 Galliford Try said the deal is part of its strategy to get turnover up to £1.6bn by 2026

Problem water contracts as well as poor performance at its building division were blamed for NMCN racking up millions in losses last year and slipping into administration this week.

The firm, which was set up in 1946, was not able to file its 2020 accounts in time to complete a refinancing deal with Svella ahead of a deadline next month. But it had previously told investors that when it did losses for last year would be north of £40m.

Galliford Try added it “anticipates that it will have to fund certain contractual liabilities incurred by NMCN prior to the completion date of the transaction which will be necessary to provide operational stability to the water business”.

It said the deal fitted in with its new growth strategy published last month which is targeting turnover of £1.6bn by 2026 and 3% operating margins across its building and infrastructure divisions.

In its last set of results, Galliford Try said turnover was flat at £1.1bn in the year to June but the firm moved back into the black with an £11.4m pre-tax profit from the near £60m loss it posted last time.

But administrator Grant Thornton said it had not been able to find a buyer for NMCN’s building business meaning 80 jobs will go as a result.