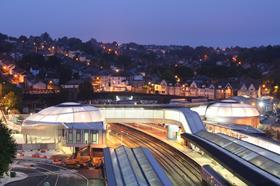 In its last full-year, Galliford Try’s construction business posted revenue of £913m, meaning the firm would be aiming for revenue of around £1.4bn by 2018.

Speaking to Building, Ken Gillespie, chief executive of Galliford Try’s construction business, said the growth target for 2018 was “not particularly aggressive” because it represented a return to the firm’s pre-recession turnover.

He said commercial and leisure developments were among those that the firm was targeting to drive growth.

Gillespie said he wanted growth to be organic and “didn’t see” the firm using acquisitions to grow revenue “in the short term” because it was not the right point in the economic cycle to buy other firms.

He said: “I think coming out of recession is a tougher ask than going into recession. You have got a marketplace where you have an order book that you’ve won over the last five years at prices at the lowest they are in the [economic] cycle. The risk is whether you can deliver it at the price that you priced it at.”

In its half year accounts, published today, Galliford Try said: “Maintaining our focus on risk management we will continue to prioritise margin and strict cash management.

“In the short term we continue to expect operating margin to fall, but then to rise towards 2.0%.”

In its accounts it said the construction market “continued to be challenging” but that it was “seeing an increase in the pipeline of opportunities”.

In its strategy business strategy, Galliford Try said Linden Homes would target increased operating margin of around 18% and a 50% increase in revenue by 2018.

While Galliford Try Partnerships would aim to increase turnover to over £60m and achieve an operating margin of between 3.5% and 4% by 2018.