But the figure has fallen from 36% last year 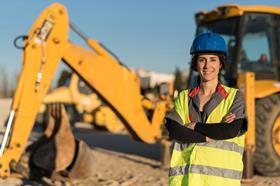 The gender pay gap in construction has narrowed significantly but still stands at 20% according to a salary survey by RICS and Macdonald & Company.

Last year the RICS survey found men working in construction were paid 36% more than women for carrying out the same job, making the sector among the least equal nationally.

RICS suggests the change reflects action taken to recruit a more diverse workforce, with firms having been forced to publish figures about gender pay disparity since last year.

The survey also reveals an age dynamic to the gender gap.

It found that as age increases, the disparity increasingly favours men, with those aged 46-55 on average earning £83,000 if they are male and £64,000 if they are female.

Men are also paid more in bonuses regardless of age.

The gender pay gap between median salaries across property and the built environment now stands at 18.6% according to 3,461 survey respondents.