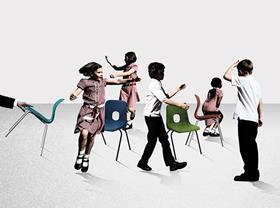 Girls may be performing better than boys in STEM subjects at A Level, but that has not persuaded more of them to study the subjects, according to new analysis from Aecom.

The firm reported that in 2014, 72% of girls were achieving grade C or above in STEM subjects, compared to just 66% of boys.

Physics saw a similar pattern with only an 18% increase in the number of girls choosing the subject at A Level since 2009.

The research, Aecom says, indicates that when it comes to choosing a narrower number of subjects - by which stage pupils often have a career in mind - gender stereotypes about subjects and jobs still loom large in the minds of teenagers.

The firm therefore believes the UK needs to “re-frame the way STEM subjects and related careers are presented to girls from a young age in order to increase the numbers choosing to enter technical professions”.

Richard Robinson, chief executive, Civil Infrastructure, EMEA and India, at Aecom, said: “Technical industries such as engineering need to capture the imagination of young people, and girls in particular, to encourage them into technical professions.”

“Stereotypes about construction sites are still very much in existence, but the reality is very different. Young people need to hear about the exciting, intellectually challenging work engineers do to build a better world, from designing sustainable transport and energy infrastructure to protecting people from floods or planning cities of the future.”

“If more teenagers are made aware of the opportunities to travel the world and work on high-profile projects that really benefit society, the numbers seeking to enter the profession will inevitably increase.”

Nearly one quarter of Aecom’s employees in technical roles are female, compared to just 13% of the UK STEM workforce and less than 8% of UK engineering professionals.

However, the firm says more needs to be done to increase the appeal of engineering and STEM subjects at a younger age.

Last month Aecom executive Peter Flint joined a panel of industry leaders in calling for employers to do more to promote and encourage women into the industry and into leadership positions, in a debate hosted by Building.