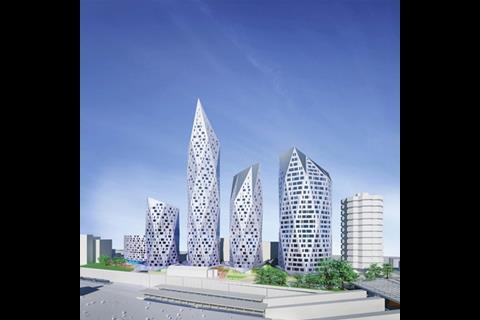 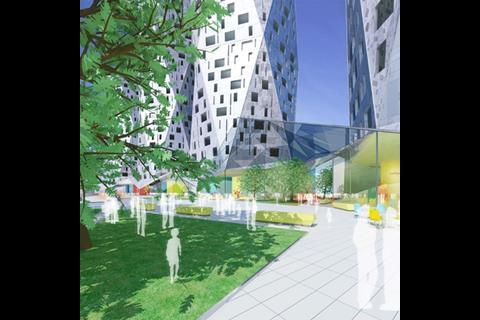 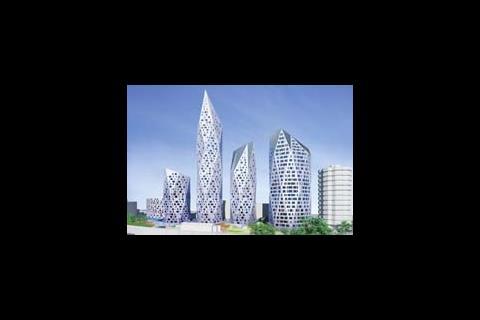 A £500m scheme to transform the south London skyline looks set to go ahead after the final land assembly hurdle was cleared this week.

Developer Menta is set to seek planning approval this summer for the 52-storey mixed-use scheme in Cherry Orchard Road, Croydon, after revisions due to concern about the height of the towers following the initial launch last March.

The way for the scheme has been cleared with planning approval for a 20,000ft2 mail sorting office nearby, allowing the Royal Mail to relocate from its site on Cherry Orchard Road and giving developer Menta control of all the land needed for its redevelopment.

The tallest tower, which at 160m could be London’s tallest residential building, has been moved to the middle of the development to reduce loss of light to surrounding homes.

Three of the towers will be residential, providing 1300 homes of which a proportion will be affordable. The fourth, 35 storeys high, will be a 350,000ft2 office building.

The regeneration project has received backing from the GLA, Cabe and the London Borough of Croydon and is hoped to transform the area around East Croydon station.

Menta is talking to Network Rail about contributing to the refurbishment of the station itself and improving its connection to the Cherry Orchard Road scheme.

Craig Marks of Menta said: “I am delighted to be part of Croydon’s renaissance as it adapts to the needs and aspirations of its residents for the 21st century. The proposals have been developed to fully support Croydon Council’s Vision 2020 and will contribute to a more attractive, cohesive and user friendly centre.”

Councillor Tim Pollard, cabinet member for regeneration at the London Borough of Croydon, said: “Officers have been working with Menta over a lengthy period to ensure that the comprehensive development of Cherry Orchard Road can be brought forward for formal consideration by the council.”