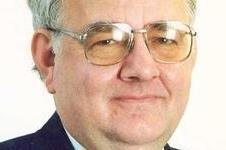 The chief executive of the Greater London Authority has stepped down from his post to chair the proposed new social housing regulator.

Anthony Mayer is the latest major scalp since the election of mayor Boris Johnson two weeks ago, following the departure of the chair and chief executive of the London Development Agency last week.

A former chief executive of the Housing Corporation, Mayer will become chairman of the Office for Tenants and Social Landlords in the summer.

Mayer has agreed to stay on until the summer to help with the new mayoralty, and will offer consultancy services to the GLA after his departure. It is not clear whether Mayer, who has served as GLA chief executive throughout former mayor Ken Livingstone’s two terms in office, had already accepted the post before the election of Johnson.

Mayer said: "I am extremely proud to have served as chief executive since the early days of the GLA and to have been part of the success of London government during the last eight years. I wish the new mayor Boris Johnson and his team all the best for the coming four years"