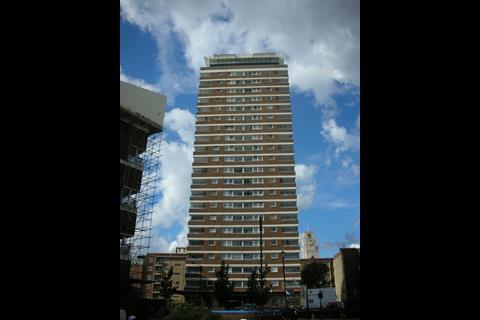 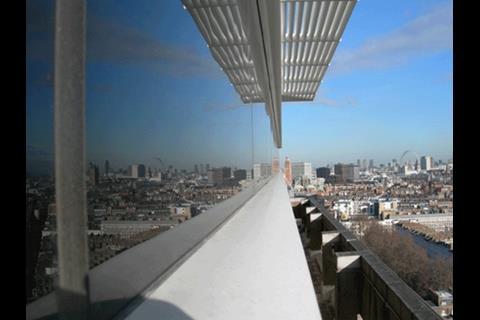 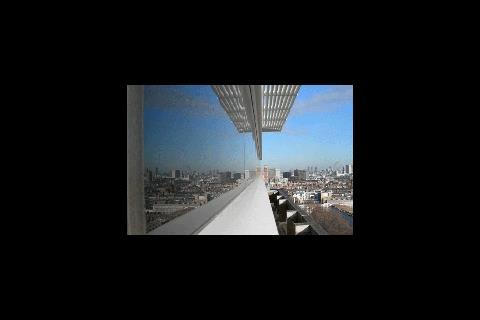 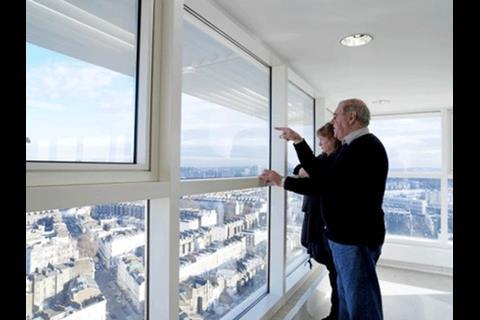 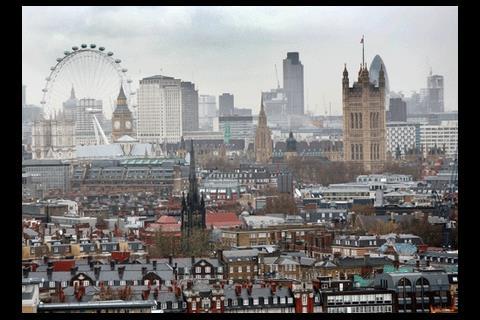 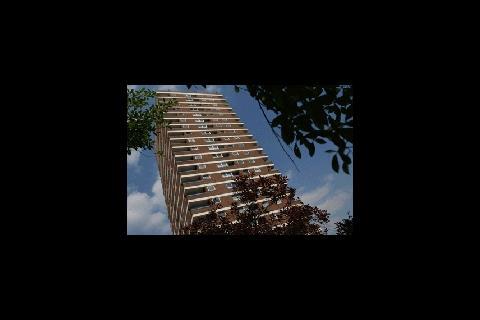 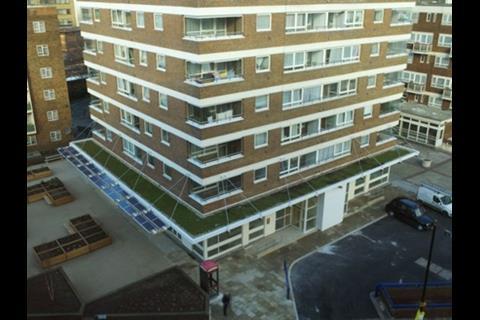 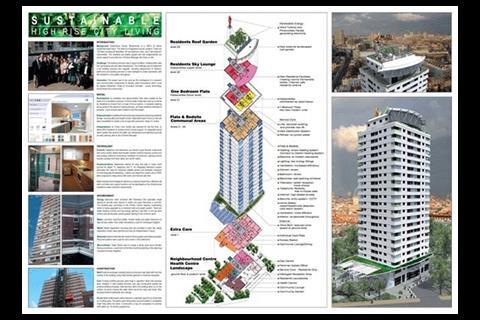 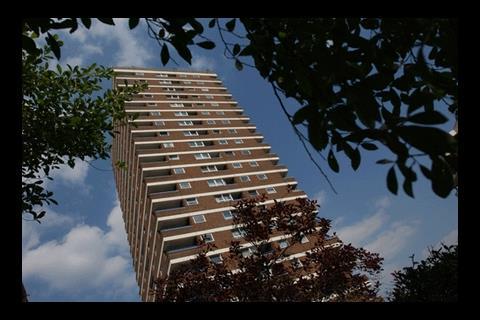 Sixties eyesore tower block construction Glastonbury House has been saved from the demolition crew; one of many that weren’t so lucky.

These buildings were such catastrophic social disasters that all of them were considered for demolition at one time or another. In fact, some of them had to be demolished because they were simply unsafe.

Glastonbury House, however, has been saved with a £10m revamp. The elderly and vulnerable residents at this older people's residential block in Pimlico, London were treated to a host of new technologies and freebies.

Gone are the urine soaked stairwells, broken lifts and gangs of yobs hanging around causing problems for the residents and in comes state-of-art features and some of the brightest minds in the business to make this tower block in London come alive again.

The point of this development is clearly to transform the building along social, security and energy efficiency lines. For this CityWest Homes, formally the Westminster Council Housing Department, drafted in several players including cost consultant Franklin & Andrews, Arup to do the master planning, technologist firm i&i Ltd. Architect practice Cole, Thompson and Anders was called in to design some of the stunning new features of the building as well as the interiors.

The result has been a complete refit of the flats, which vary from studios to two bedroom maisonettes over 22 floors. Each flat has been given a new kitchen, bathroom and interior fittings and fixtures. The new electronics were hidden behind internal features like dados and dropped ceilings to save ripping the walls apart.

Due to sitting tenants, CityWest Homes had to move the residents around the building as they gutted and refitted each flat. The flats were fitted with digital television and broadband services as well as a free to use internal telephone system. A social alarm system was also installed.

Each flat was turned around every 3.5 weeks, making the most of time constraints placed on the project, mostly due to costs, but also to keep disruption to a minimum for residents.

This innovative project is special because it has sought to refit the tower block rather than demolish it. The architects Cole Thompson and Nick Thompson say this is unique to the industry and that the project should stand out as an example for other tower block refurbishments.

The team achieved a “very good” rating for EcoHomes which is not easy to achieve, particularly for this kind of project. However, there were no energy usage statistics for this building either before the refit or afterward. So where the rating has come from is a bit of mystery.

The green credentials are pretty good with a sedum roof – a must have for green buildings, plus PV panels and a wind turbine for microgeneration. The wind turbine system is a 6kW, 4m high turbine, providing energy for the block and its residents.

Again there has been no release of the details of this microgeneration system from either the architects or City West Homes. So we don’t know how well the microgeneration is performing or the make and model of the turbines or the PV panels. The building has been connected up to the Pimlico combined heat and power system though, which produces 9mW of heating and 3mW of power.

The water saving devices include flow restrictors on the loos and rainwater harvesting for irrigating the surrounding land. There is also a bright green translucent wind skirt canopy to address the problems with high winds that have affected the building in the past, making the flats harder to heat.

It looks pretty good, set off against the newly painted white walls and large canopy over the entrance. Savings in heating bills will no doubt be appreciated by the residents, with cavity wall insulation fitted throughout the building. The balconies were also enclosed providing a solar trap. They have also installed a form of waste segregation to make it easier for residents to recycle their waste.

The community aspects were carefully considered as well, with community areas increased and refurbished. On the ground floor the community spaces were remodelled. Both lifts were renewed at considerable cost (over £600,000). But the crowning glory is the old boiler room which has been converted into a Sky lounge with panoramic views across London.

The £10m budget was carefully managed with consultants Franklin and Andrews brought in to find cost savings. Many of these costs savings were also designed to help residents keep their bills low. (For full cost breakdown details see table bellow.)

The costs came in just under budget with the bulk of the refit costs coming from the refurbishment of the flats as expected. The £34,000 spent PV panels are only really cost effective if they can generate enough energy to really reduce individual bills of the residents; something which will probably never really be studied, as these bills hold private information.

Unfortunately City West Homes cannot monitor the results in this building. The rewiring was also costly but necessary. There is no indication whether this cost included the installation of broadband and cable.

A design aid used by civil engineers and designers to identify innovations called INTEGER was also used in the refit.

Wates, the contractors for the project, said: "CityWest Homes engaged INTEGER, an action research network, to identify ways in which innovation could be used in a refurbishment programme to improve the quality of life and care for residents.

"Following an intensive design development exercise with the client, ourselves and INTEGER [we identified] which innovations could be used in a refurbishment programme."

The building had targets for energy use reduction of 50%, and water usage reduction of 40%. It is unclear if they have achieved this. However, the trouble with a great deal of the technology and innovations installed in the building is that at some point these features will need repair and, or replacement.

Is the budget always going to be there to support the repair bills, because if it isn’t this new building will only have a useful life of about ten to twenty years? After that someone will have to refit some of its more expensive technology and innovations.

Overall this project does achieve what its designers and the partners set out to do: to establish a new benchmark for this kind of building and its green credentials will no doubt be the subject of discussion and study for some time to come. Let’s hope the funding will be there to maintain it up to high standard in the future.

Others' Scope of Works: