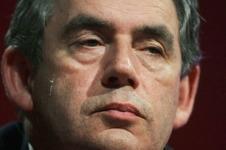 Election is called for 6 May, leaving a month long campaign focusing on public sector cuts

Gordon Brown has announced that the general election will be held on 6 May.

The prime minister met the Queen this morning to ask her to dissolve parliament. Then, flanked by his entire Cabinet, he announced that the date of the election would be May 6, beginning a month long campaign to form the next government.

Polls show that the election will be closely fought, with the Conservative Party’s David Cameron the favourite to be the next prime minister.

Spending cuts will be a key issue in the campaign with all parties looking for ways to cut Britain’s deficit.

The construction industry - which is increasingly dependent on publicly funded projects following the recession - will be looking to the party leaders for details of such cuts.