Wolverhampton and Sheffield will receive funding through the government’s £1.5bn brownfield regeneration fund, the government has announced.

The Department for Levelling Up, Housing & Communities (DLUHC) said the two cities will be prioritised and will be among 20 places “transformed” through its plans. 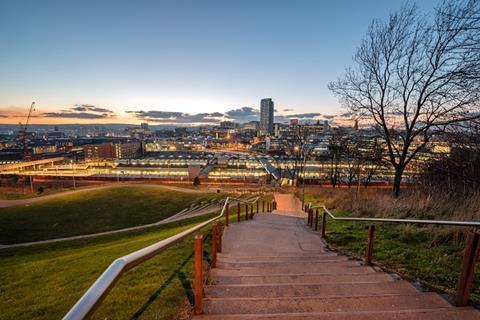 Sheffield is being handed money out of the levelling up fund

The announcement comes ahead of the long-awaited levelling up white paper, which the government said will be published next week.

It has been widely reported the £1.5bn fund is not a new spending pledge but will be taken from the £1.8bn brownfield regeneration funding announced in the Autumn Budget. The government has not yet revealed the other 18 places to receive funding.

DLUHC also said a £1.5bn levelling up home building fund will be launched next week to provide loans to small and medium sized (SME) house builders.

Ministers say this will enable the delivery of 42,000 homes mainly outside London and the South-east. It is not clear whether this fund is on top of a similar package of loans announced in 2020.

The regeneration programme will be led by Homes England, which is being “refocused” to focus on ‘levelling up’ and supporting local leaders.