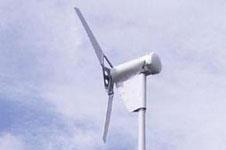 The government has announced 200 eco-friendly school building projects as part of a drive for new schools to be carbon neutral.

Green technologies such as solar panels, wind turbines and biomass boilers will be fitted over three years in a scheme worth £110m, schools secretary Ed Balls said.

Other energy saving measures will include improving insulation and using low-energy light bulbs.

Each of the schools involved will receive around £500,000 to invest in eco-friendly schemes, Balls said.

The move comes after the Children’s Plan, which was published last week, set a target for all new school buildings to be carbon neutral by 2016.

The plan said a taskforce would be set up to help schools reduce their carbon footprint. Balls said he would set out the membership and remit of the group in the new year.