The government is pushing ahead with long-awaited reforms to the leasehold system which will make it impossible for developers and freeholders to impose swingeing ground rents on leasehold residents.

Housing secretary Robert Jenrick said the new system, brought in as part of the government’s response to the leasehold homes scandal –  in which buyers of new-build houses were asked to pay large ground rents which doubled every 10 years – will see leaseholders given the right to extend their leases at zero ground rent.

Currently, leasehold house owners can only extend their leases by a maximum of 50 years, and cannot alter the ground-rent terms.

The government will also abolish prohibitive costs such as “marriage value” and set standard calculation rates to ensure that costs are fair. 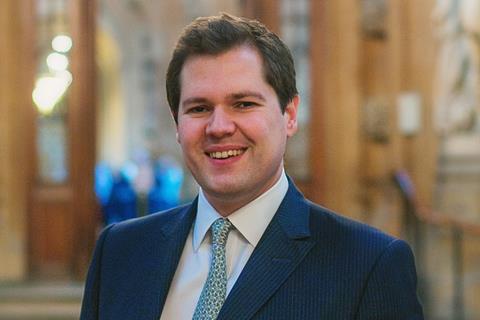 Jenrick (pictured) said the government will also push ahead with the promotion of a new “commonhold” tenure of housing, used in many countries around the world, whereby leaseholders are jointly given full ownership of their building.

The housing ministry said it was establishing a “commonhold council”– a partnership of leasehold groups, industry and government – designed to prepare homeowners and the market for the introduction of commonhold.

In order to specifically protect the elderly, the government said it will reduce ground rents to zero on retirement properties.

Jenrick said the current reality of being a leaseholder was far too bureaucratic, burdensome and expensive. “We want to reinforce the security that home ownership brings by changing forever the way we own homes and end some of the worst practices faced by homeowners,” he said.

“These reforms provide fairness for 4.5 million leaseholders and chart a course to a new system altogether.”

The proposals follow an in-depth review of the leasehold system by the Law Society, which recommended widespread reforms and the adoption of a “commonhold” system.

This review happened in the wake of revelations that mainstream housebuilders including Taylor Wimpey, Bellway and Countryside, had started selling homes on a leasehold basis with onerous terms including some with large ground rents that doubled every 10 years, making the homes ultimately unsellable.

Taylor Wimpey was forced to write off £130m to compensate homebuyers while other listed developers have now committed to abandoning the sale of houses or flats with ground rents.

The scandal was cited by the Competition and Markets Authority as one of the factors prompting it to launch a full-scale investigation into the actions of four housebuilders – Taylor Wimpey, Barratt, Countryside and Persimmon – in September.

Campaigners for leasehold reform have welcomed the announcement but raised concerns that it will only apply to new-build properties.

Katie Kendrick, a nurse who became a leasehold campaigner after falling victim to the scandal, setting up the National Leasehold Campaign, told the BBC that the government’s proposals were the “the start of the end for leasehold”.

The government said laws to bring about the changes to leases and ground rents will be brought forward in the coming session of parliament, while the government plans to bring in its “commonhold” reforms at a later date.