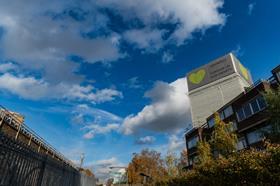 The government has given further details over how it will implement the recommendations made in this year’s Hackitt review.

Last week, it said it will fully implement the recommendations made by Dame Judith Hackitt in her review of building and fire regulations in the wake of last year’s Grenfell Tower tragedy.

It has promised a consultation by spring next year with more details expected in the first weeks of next year before final proposals are put out to consultation.

Details of what is being planned have already emerged, with Barratt and Kier among eight firms that have signed up to the government’s ‘early adopters’ programme to trial new systems ahead of changes to the building regulations following the Hackitt review.

But a number of key policies are still due to be consulted on in the new year.

Below Building lists eight of the key areas set to be put under the microscope in the first weeks of 2019.

Topics the government has promised to consult on

Scope of regulation – The buildings initially targeted by a tougher regulatory framework will be housing blocks over 10-storeys high. But the government will consult on the appropriate range of buildings to be covered by the new framework

Duty-holders – The government will consult on a detailed proposal to create duty holder responsibilities set in law, so someone will be responsible for building safety at all stages of its life

Joint Competent Authority – Hackitt proposed an authority formed of other public bodies to oversee the safety of tall residential buildings over their lifecycle. The government will consult on whether to establish a statutory joint competent authority

Changes to change control – Hackitt called for a clearer, statutory change control process, with major changes during construction being reported to regulators for sign-off. Government has agreed to consult on how change control is managed under a new regulatory regime

Guidance – Hackitt recommended that government set out regulatory requirements, with industry providing guidance on how to meet these. But government, she said, should validate guidance and review it at least every five years. Government accepts the proposals in principle but will consult on detail

Golden Thread – The government will consult on proposals to mandate a digital standard of record-keeping for certain buildings throughout their design and construction. This is part of ensuring a ‘golden thread of information’ is maintained through a building’s lifecycle