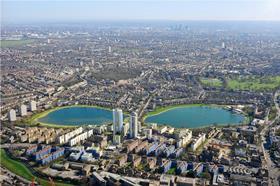 The government has said it will consider extending a relaxation of planning rules allowing offices to more easily be converted into homes, as part of a range of proposals to streamline the planning process published this week.

The Department for Communities and Local Government (DCLG) this week published an extensive consultation on a range of proposals to streamline the planning system and build upon reforms already introduced.

As part of the proposals, DCLG said it would consider extending permitted development rights, which make it easier for developers to convert office space into homes, through to May 2019. They were due to expire in 2016.

The consultation also proposes including light industrial and non-defined use classes within the permitted development rights provision.

This could mean warehouses and undefined properties ranging from theatres to scrap yards could also be converted into housing without the need for planning permission.

The expansion of permitted development rights has allowed 7,600 homes to be created from old office buildings in London in the year to July 2014.

“Solutions for the housing crisis require new ways of thinking about development, but it’s vital we don’t create problems further down the line by ignoring the needs of businesses for centrally-located office space.”

Other proposals outlined in the consultation include:

Liz Peace, chief executive of the British Property Federation, said: “The proposals in today’s consultation document are encouraging, as they are targeted towards a number of specific issues that can cause obstacles in the planning process.

“While some of the suggested changes are small, they are also important, and if turned into legislation could make a tangible difference to the system and speed-up much needed development in the UK.”

Housing minister Brandon Lewis said: “Today’s proposals will help scrap even more red tape and make it even easier to get the homes and shops communities want built, while at the same time breathing new life into our vital industries.”