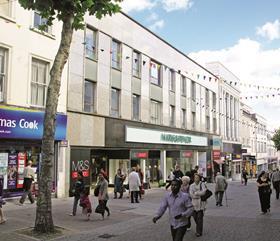 The government has unveiled planned changes designed to make it easier to convert a range of existing buildings into homes.

Billed as part of the government’s response to the Portas Review into struggling high streets, undertaken by retail guru Mary Portas.

The proposals, if implemented, will extend to shops recently introduced rules allowing offices to convert to homes.

In addition offices and hotels will be able to be converted into nurseries without planning applications.

The government said the proposals, which would work by extending eisting permitted development rights, strongly supported the re-use of existing buildings, and would therefore act to prevent inappropriate development.

Planning Minister Nick Boles said: “Thousands of empty and underused buildings, often on the edge of town centres, are going to waste because people do not want the hassle and uncertainty of submitting a planning application.

“Removing this barrier will bring more people closer to their town centres, providing a much needed boost to local shops and ensuring we make the most of buildings that are already there for new homes, nurseries and schools this country needs.”

The consultation will run until October 15, and the government said it planned to bring in the new rules in April 2014.