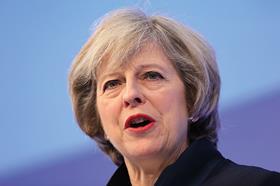 Prime minister Theresa May has conceded government awarded Carillion contracts despite recognising the severity of the crumbling contractor’s profit warnings.

Speaking in parliament, May said pulling out of contracts with firm’s that had issued profit warnings was a way to guarantee businesses failed.

She defended the continued use of Carillion, saying all but one of the contracts awarded since the first profit warning was issued were joint ventures in order to mitigate risk.

“Yes we did recognise that it was a severe profit warning and that’s why we took action in relation to the contracts that we issued and we insured that all but one of those contracts was a joint venture. What does that mean? It means that there is another company available to step in and take over the contract.”

As part of a fiery exchange with Labour leader Jeremy Corbyn, May also vehemently denied Carillion contracts were unsupervised between August and November when the Crown Representative position was vacant.

She said: “Before the appointment of the crown representative to replace the one that had previously been in place the government chief commercial officer and the cabinet office director of markets and suppliers took over those responsibilities so it was not the case that there was nobody from the government who was looking at these issues, that’s a standard procedure.”

For his part, Corbyn claimed government had either been irresponsible or had been attempting to aid Carillion in its financial distress.

He said: “It looks like the government was handing Carillion public contracts either to keep the company afloat, which clearly hasn’t worked, or it was just deeply negligent of the crisis coming down the line.”