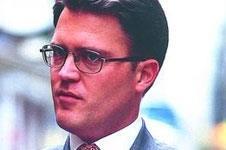 Property investment and development company, Great Portland Estates (GPE), has seen an 8.7% rise in its portfolio value since September 2009 and is planning to start three developments in the first half of 2010.

In its interim management statement released today, the group announces an update on trading, as well as the quarterly valuation of the its properties as at 31 December 2009.

As well as the increased portfolio value, the group reports that acquisitions made since September 2009 are up 14.4%, there have been new investments and development commitments of £107.4m made since 30 September 2009, 43 leases have been signed generating £4.1m per year, and that the void rate has been reduced to 4.4% (30 September 2009: 5.8%), over one third of which has subsequently been let or is under offer.

Toby Courtauld, GPE chief executive, said: “With the take up of office space improving, we have seen isolated examples of rents rising. If the UK economy continues to recover, supporting occupational demand, we remain of the view that more general rental growth will return towards the end of this year as the supply of space to let diminishes. In the meantime, our priorities remain cash generation, tenant retention and the commencement of a new development programme timed to benefit from the anticipated recovery in occupational markets starting this quarter with our 111,000 sq ft scheme at Marcol House, Regent Street, W1.”

On its development overview, GPE, reports it intends to increase its exposure by focusing on three new sites in the first half of 2010 and others for starts in phases over the next 36 months in a programme which potentially stretches over 2.6m sq ft across central London.