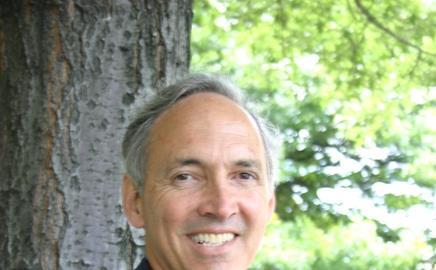 As Obama-mania continues to hold the US, realistically what sustainability measures will the new president-elect be able to implement, asks the principal at Yudelson Associates

Obama-mania holds the US firmly in its grip. With president-elect Barack Obama effectively the first liberal chosen to lead the country since 1964 (Lyndon Johnson) and the first Northerner since 1960 (John Kennedy), the liberal and academic elites see their dreams of actual influence on the policy process about to come to fruition.

Will it happen? What will become of green buildings, energy policy and climate change responses in the new Obama administration?

It’s clear that there will be a renewed focus on energy efficiency and climate change. However, with key sectors of the US economy in the toilet, probably for his entire first term, a president Obama’s degrees of freedom are limited.

We’re likely to see more symbolism than concrete steps such as cap-and-trade systems and carbon taxes (forget that latter item; it’s a political death trap in the US). What I advocate for the building sector instead is the European approach found in building labeling, per the EU’s Energy Performance in Buildings Directive.

What we will see is far more emphasis on using government facilities as a model for green building and energy retrofits. Look for a modest program of grants to state and local governments (which are basically broke because of reduced tax collections) to retrofit their facilities for energy efficiency and LEED certification.

I say modest because the national government is also running a huge deficit and can’t be expected to bail out the state and local units.

Look for more emphasis on infrastructure spending, particularly for public transit facilities, which in turn should spur more transit-oriented development throughout the country.

However, don’t expect major new mandates for fuel-efficient smaller vehicles in the US. Americans’ love affair with the car (a form of mechanical auto-eroticism) isn’t going to go away anytime soon.

There’s been a lot of talk about green jobs. Looked at realistically, subsidising economically inefficient solar power (for example) doesn’t create new jobs, it just transfers them (at a loss) from other productive positions in the taxpaying sector.

So I think there’s going to be a lot of tempering of this rhetoric about entire new green industries, when the subsidies are actually proposed.

Wind power doesn’t need much subsidy, so there will be quite a few good jobs created there, until the environmental community comes out whole-hog against wind because of millions of raptor kills.

Conservation investments in low-income housing and public buildings are such as “win/win” scenario that we can expect a reasonable growth in this sector.

Under a president Obama's campaign proposals, all new federal government buildings would have to be operated as carbon-neutral by 2025.

During the campaign, candidate Obama proposed a goal of carbon-neutrality for all new buildings in the US by 2030.

Under the plan, the federal government would award grant funds to states and localities that implement energy efficient building codes, and would provide matching grants to states that promote building retrofitting for energy efficiency.

The main issue in achieving these goals will be financing, since the economic benefits are clear.

During the campaign, candidate Obama has proposed an investment of $150bn over 10 years to spur the development of renewable and other technologies, promote energy efficiency, and advance new fuel and smart electricity infrastructure.

This plan would direct funding to the manufacturing sector for job training and transition programs, and would fund an estimated 5 million new green jobs (remember jobs are only created by economically advantageous investments and by productivity increases).

There’s no doubt in my mind that the green building revolution will accelerate under an Obama administration and a solidly democratic congress, but I think advocates are likely to be disappointed in the actual amount of funding made available under government programs.

That’s why I think it’s essential that green building advocates continue to press the business case for green development (in the private, public and non-profit sectors) and not wait for government subsidies to make it easier for practical businesspeople to make the green investment decision.