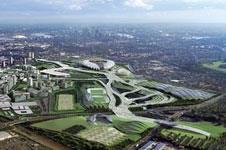 Park will host equestrian events but gees up opposition

Greenwich Royal Park is to host equestrian events at the 2012 Olympics, despite opposition from local residents.

The plans were approved by councillors at a five-hour meeting at Greenwich Town Hall.

Over 30 people opposed plans to host the sport at the Royal Park over fears it would damage the site.

However, according to reports, London 2012 chair Lord Coe said he would make “no apologies” for wanting to use the “beautiful park” as a venue. He also insisted that all the structures built for the Olympics in Greenwich, including a 23,000-seat arena, would be temporary and removed.

Locals feared historic artefacts would be disturbed and that a habitat of bats would be interfered with.

The BBC said one resident described the Olympics as a “virtual takeover of our Royal Park for two years”.

Speakers also complained that congestion caused by spectators getting to the venue would be "unbearable".

The Olympic equestrian and modern pentathlon events are set to take place in July and August 2012. The Paralympics dressage competitions would take place in September 2012.