The cavity barriers used on the refurbishment of Grenfell Tower were only formally approved as safe by the supplier nine days after the disastrous 2017 fire, the inquiry has heard.

Cavity barrier supplier Siderise had sold the barriers for use on Grenfell Tower for gaps ranging between 326mm and 425mm – despite the product only being tested to a maximum cavity of 300mm. 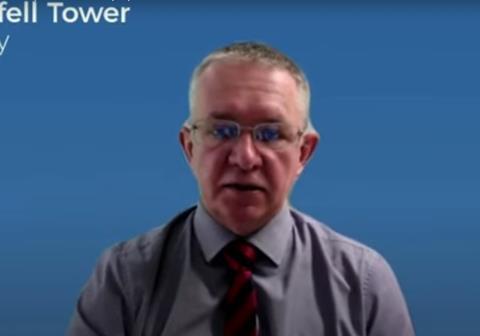 But Monday’s hearing was told how, in the immediate aftermath of the fire which claimed 72 lives, the firm had ordered a report which extended the application of the barriers to gaps of up to 425mm.

Asked what had prompted Siderise to order the report at this stage, the firm’s technical officer for fire Christopher Mort said that “it was just requested from the business”.

Counsel to the inquiry Kate Grange QC asked: “Was that in response to the Grenfell Tower fire that it was requested?” Mort replied that he “couldn’t say”, adding that he was never told.

Asked what the extension field of application reports (EXAPs) were based on, Mort said that the report had “formalised” historic data already in the possession of Siderise. No record of this data has been supplied to the inquiry.

Grange asked: “ Can you explain how Siderise were able to supply cavity barriers for voids between 326 and 425 millimetres at Grenfell Tower when it appears that no testing to those void widths or any extended application assessments had been undertaken at that time?

Mort replied that the EXAPs had been “undertaken but not in that formal form”.

Asked if the data which the EXAPs was based on existed, Mort answered: “Without looking into… I wouldn’t say there was actual formal documentation. It’s within an electronic system…”

Expert witness Barbara Lane has previously told the inquiry the construction of the cavity barriers used on Grenfell were “substantially not representative” of existing test reports for the product and “cannot be relied upon as evidence of their suitable fire performance in that context”.

Asked if he agreed with Lane’s assessment, Mort replied that the premise of testing cavity barriers is to ascertain their performance in isolation, adding: “It’s the responsibility of the fire engineer on the project or consultants on the project to take all the fire resistance and/or reaction tests for all the elements to come to that conclusion.”

The inquiry then heard how Siderise had been marketing a cavity barrier product as suitable for use in rainscreen cladding systems since 2002 based solely on a letter from testing body the Loss Prevention Council which said the barriers would restrict the movement of smoke and hot gases “as much as is practical”. Siderise did not carry out tests on the product until 2006.

Mort was then shown marketing literature provided to Grenfell cladding subcontractor Harley Facades which claimed that the cavity barriers installed on the tower represented a “practical” solution to the “particularly demanding condition” of rainscreen cladding systems.

The claim was based on assessment reports by testing house Warringtonfire – but the hearing was told that the phrase had not been used in the reports.

In fact, the reports repeatedly warned of “significant limitations of use” and made clear that the assessments that had been carried out were “only applicable to the construction that was being dealt with in those tests”, Grange said.

Asked if he agreed that the marketing material for the barriers were “not an accurate statement of the opinion that Warringtonfire expressed in any of those test or assessment reports,” Mort replied: “That opinion could have been expressed verbally, I can’t confirm that.”

He added: “I work on the technical aspect and the testing aspect of the business, I do not work on marketing. I’m not a marketeer.”

Grange then asked: “But in those circumstances, isn’t there a risk that what’s being said in the marketing literature is technically inaccurate or misleading?”