The woman tasked with investigating building regulations and fire safety in the wake of the Grenfell fire has said she would be shocked if Persimmon was the only firm with major safety failings in its buildings.

Last month an independent review of housebuilder Persimmon revealed the firm has routinely failed to properly install correct cavity barriers and firestopping on its timber-frame properties. 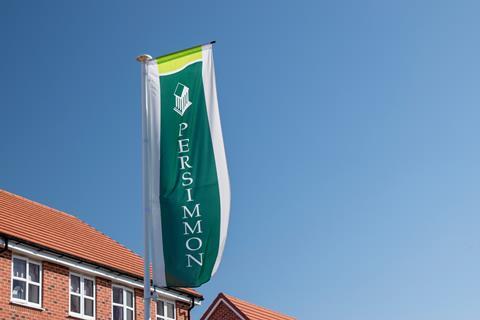 The independent report, conducted by Grenfell QC Stephanie Barwise, found that the failure to install correct cavity barriers was a “systemic nationwide problem” and called for the firm’s board to reassess the builder’s whole “purpose and ambition”.

Now Dame Judith Hackitt, the author of the Independent Review of Building Regulations and Fire Safety, has told Building that she “be very surprised if [the issue] was” confined just to Persimmon.

The firm has appointed Arup as a consultant to assess whether it has done enough to address the fire-safety issues identified in its new homes.

She said: “I think the action they took was sensible, I think it should be a wake-up call to others to do the same.

“The time is right and indeed I would say overdue for every big organisation to be doing that and getting themselves ready for what in all honesty they should already have been doing but now they know they are going to be made to do by regulation.”

She said housebuilders should not be waiting for regulatory change as they had a “moral responsibility” to deliver safe homes.

Hackitt said: “No one manufactures cars without guaranteeing that they will be safe and roadworthy, why should houses be any different?”

She said: “We need to speed up, that’s clear, and I’m going to be putting in a lot of effort into making sure that happens over the next year.”

In a statement, Persimmon said: “The company does not disagree materially with any of the review’s recommendations. We are pleased that the review has provided constructive guidance on areas where we could do better and we intend to make sure we address these. We are developing a long-term forward plan to examine and implement the detailed findings of the review.”

And Chris Carr, head of new homes at law firm Blake Morgan LLP, said that Persimmon “should be applauded for the fact that they are actually looking at the problem and are willing to tackle it head on”.

The next phase of the public inquiry into the Grenfell fire is due to start on 27 January and will focus on the refurbishment and management of the tower before the blaze hit.