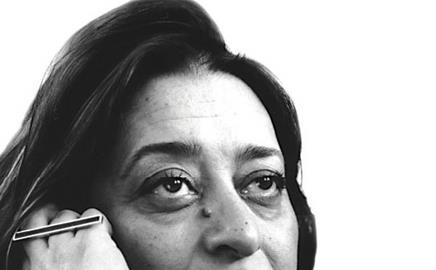 Architect’s profit passes £1m for the first time, while turnover rises to £9.6m

Architect Zaha Hadid has posted her best ever set of financial results, with pre-tax profit increasing more than fourfold since last year.

The firm’s directors – Hadid and Patrick Schumacher – together earned about £531,000 last year. The highest paid director, understood to be Hadid, took home £331,000.

The results reflect Hadid’s increasing popularity around the world. The firm, whose Wolfsburg Science Centre was shortlisted for the Stirling prize this year, is currently working up designs for the London 2012 aquatics centre, a performing arts centre in Abu Dhabi and a masterplan for Istanbul, Turkey.

But figures show that Hadid is still having trouble being accepted in Britain. Just 12% of her firm’s work was in the UK for the year ended April 2006 – a slight increase from 8% last year.

Last year Hadid forced the Department for Culture to apologise to her after Tessa Jowell, the culture secretary, said incorrectly that the aquatics centre’s cost had almost doubled owing to changes in its specification.

The firm did not donate any money to charity this year. For the period ending April 2005, it donated £1,000.