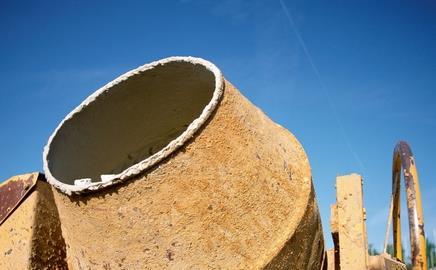 The UK headquarters of Hanson, the country’s only remaining large independent materials company, may be closed if the £8bn takeover by German firm HeidelbergCement goes ahead.

Hanson announced this week that it had agreed to an £11-a-share deal which would make the combined company the second largest firm in its sector after Lafarge.

Heidelberg said this week that it intends to site the headquarters of the combined company in Germany. It said although no decision had been taken on the future of Hanson’s UK headquarters in London and its US base in Texas, it may consider closing them as part of a plan to make savings of *200m (£137m) by the end of 2009.

Bernd Scheifele, the chief executive of Heidelberg, said savings would be partly achieved through disposals, although these were expected to be limited because of the complementary nature of the businesses.

One possible divestment may be Hanson’s brick business, which includes Irvine-Whitlock, the £60m turnover bricklayer that Hanson bought two months ago. However, Heidelberg has not given details.

Alan Murray, the chief executive of Hanson, will be offered a seat on Heidelberg’s management board. He is likely to have responsibility for American and Australian operations.

The bid comes a week after Heidelberg said it was considering making an offer for Hanson. The bid represents a premium of 50% on the average closing price of Hanson for the year ended 2 May, the day before Heidelberg first confirmed the possibility of an offer. When the offer was confirmed on Monday, Hanson’s shares rose 4.7% to 1107p.

The acquisition will be carried through by Lehigh UK, a non-trading company that is a subsidiary of Heidelberg. It is expected to complete during the third quarter of this year.

The last of England

There will be feelings of nostalgia if HeidelbergCement’s takeover of Hanson goes ahead. As the only remaining large independent UK building materials company, however, it was only a matter of time before Hanson fell prey to a foreign rival.

There has been increasing vertical integration in the sector, with cement companies buying aggregates firms to give surety of supply. Heidelberg, with the high premium it has offered, seems to have a clear run at Hanson, and it is also unlikely that the takeover panel would object to the scheme.

The area to watch is Hanson’s brick business, which does not fit with Heidelberg’s operations. The issue is finding a buyer. CRH, which with Hanson owns the lion’s share of the UK market, may be prevented from making an offer by the takeover panel.

One option may be a private equity-backed buyout. The traditional brick industry may not be a natural target for private equity firms, but many brick plants are based on brownfield land which could be ripe for housing …