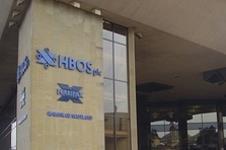 HBOS may merge its social housing investments Keepmoat and Apollo to sell as a single entity, following its takeover by Lloyds TSB.

According to sources close to the situation, private equity groups including Bridgepoint, 3i, Warburg Pincus and Cognetas are circling the two groups. It is believed that Lloyds may sell both in an attempt to reduce its exposure to the property market.

The source said: “It would make sense, given the geography. Apollo pretty much covers the South, Keepmoat is strong in the North, and they both virtually meet in the middle.”

Both are equally attractive as stand-alone businesses, the source continued.

HBOS also has stakes in housebuilder Crest Nicholson and retirement homes specialist McCarthy & Stone. But it is understood the bank has had most interest in the more stable social housing investments.

The source said: “There's a lot of interest out there and these private equity groups have come under pressure from investors to place their cash.”