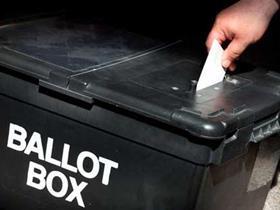 Workers for the Homes and Communities Agency (HCA) have voted for strike action, after the Unite union branded pay allocation “divisive and unfair”.

Unite members at the HCA voted 68% in favour of strike action.

Unite said the strike was not about the size of the pay increase – which is subject to the government pay cap – but how it is shared among staff.

Unite said the pay package being offered for 2013/4 has already been rejected by its members three times, as it only results in pay increases for 70% of staff, and this discriminates between staff on different pay contracts.

Unite representative, Suzanne Muna said: “It is unbelievable that the HCA has shown so little regard for its own staff.

“Our members are getting increasingly desperate – trying to make ends meet, with rising costs year after year, but some will not get a single penny in pay increase – again!

“This has driven our members into a position where they feel they have absolutely no alternative but to go on strike.

“They don’t want to do it – they want the Agency to listen to them and address their very real concerns, but all the Agency has done is dismiss them.”