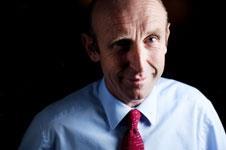 Speaking to Building after the launch of the ‘Redfern Review’ of home ownership, Healey accused the government of misleading voters by claiming starter homes – which will be capped at £450,000 in London and £250,000 elsewhere – will be genuinely affordable.

He said: “You cannot legislate to officially define a home on sale for up to £450,000 as ‘affordable’.

“When you misuse language in that way you breed mistrust. They are making the ability to debate and use the idea of ‘affordable’ now redundant.”

Healey said he was confident Labour peers in the House of Lords would secure amendments to the housing and planning bill when it comes under scrutiny at committee stage, starting on Tuesday (9 February).

Healey said one of Labour’s priorities will be to ensure the bill enables local areas to develop a mix of homes rather than “being forced to use starter homes at the exclusion of everything else”.

Labour’s other two priorities are to overturn the forced sale of council homes to fund right to buy for housing association tenants and to “properly define in legislation” the impact of the planned permission in principle for brownfield sites.

Healey claimed there is “cross-party support” for making amendments, citing the Local Government Association’s warning last week “led by Conservatives” that the bill would result in 80,000 fewer social homes.

He added: “It’s the cross-party arguments that will lead to amendments […] We will get some changes. It’s still unclear how far they’ll go and how successful we’ll be.”

Regarding principle permissions for brownfield sites, Healey said: “At the moment they’re so wide open, although the government talks about it being for brownfield sites the legislation allows them to award permission for any site of any nature that is designated in local plans so entirely ride rough shod over any local consultation and decision making that’s already in place.”

The bill - which has already cleared the House of Commons - has come under heavy fire from critics and sparked protests attended by hundreds of people in London.

Over the weekend, hundreds of people marched against the bill in the capital, including Green Party leader Natalie Bennett.

The former head of the civil service Sir Bob Kerslake used a House of Lords debate on the bill last week to rail against the measures, saying they amounted to social housing “being written out of the script”.

Kerslake, who is also a former chief executive of the Homes and Communities Agency, said: “I have real doubts about whether they will actually deliver the new homes of all types that this country so badly needs. As one major and very respected housebuilder said to me recently, where is the additionality in all this?”

Housing minister Brandon Lewis said, when the bill was laid in parliament, that it was a historic moment “kick-starting a national crusade to get 1 million homes built by 2020”.