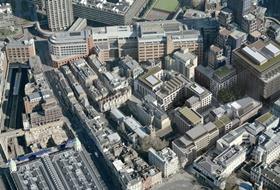 The funding is a revolving credit facility from HSBC, refinancing £35m of existing debt, also from HSBC.

The new deal provides funding for the construction of phase one of the scheme which incorporates 144 residential units, 24,000 sq ft of office accommodation, retail/restaurant space and public realm improvements.

Oliver Rippier, development executive at Helical Bar, said: “This new facility has enabled the joint venture to start on site and with 50 apartments already sold out of the 88 apartments initially released in Phase 1, we are confident the scheme will be a great success.”