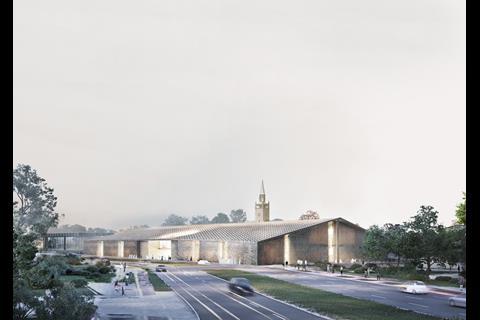 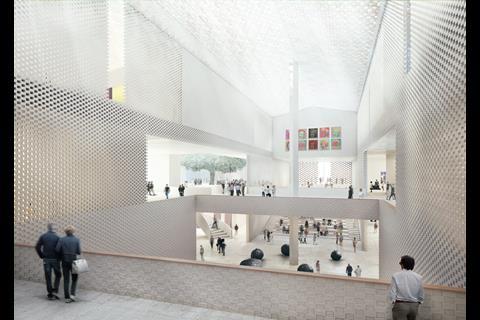 Interior of the Museum of the 20th Century, by Herzog & de Meuron. 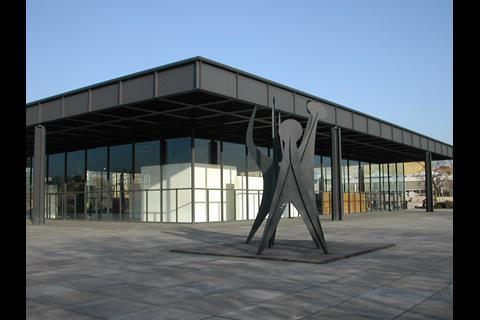 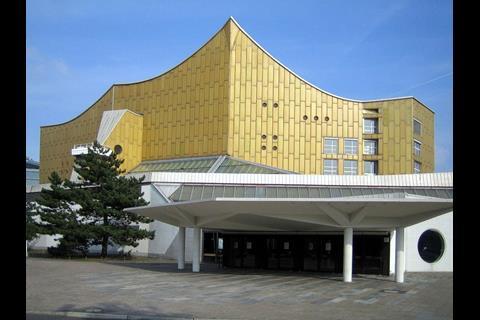 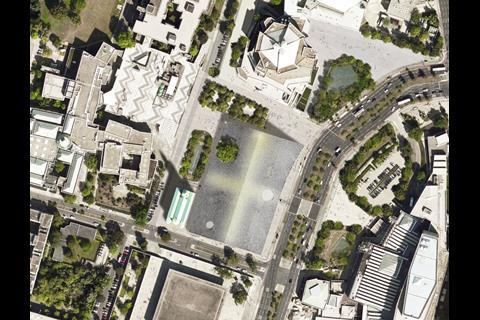 Aerial view of Herzog & de Meuron's Museum of the 20th Century, proposed for Berlin's Kulturforum: above it is the Berlin Philharmonie, below the Neu Nationalgalerie. 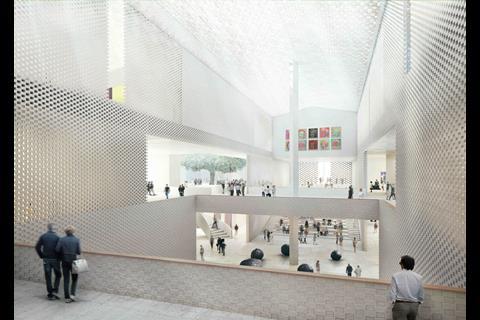 Interior of the Museum of the 20th Century, by Herzog & de Meuron

Herzog & de Meuron has won the design competition for a new Berlin gallery that will increase the display space available for the German capital’s existing collections of 20th Century art.

The Swiss practice came out top from 40 proposals, including a bid from OMA, for the new Museum of the 20th Century, which will sit alongside Ludwig Mies van der Rohe’s Neue Nationalgalerie and Hans Scharoun’s Berliner Philharmonie in the capital’s Kulturforum cluster of cultural buildings.

The gallery will focus its permanent display on art from the second half of the last century and will be funded by a €200 million award made by the German parliament to the Prussian Cultural Heritage in 2014.

In its proposal, Herzog & de Meuron said the structure’s form would provoke questions in those who saw it.

“Is it a warehouse? Or a barn? Or maybe a railway station concourse? Isn’t it more of a temple with exactly the same gable forms as those on the Alte Nationalgalerie designed by August Stüler?”, it said.

“Indeed, it is a place of storage like a warehouse, a place of supplies and nutriment like a working farm, and a place of encounter and connection like a station concourse.

“What they propose follows clear, simple, but very impressive forms,” he said.

“Their design fits in perfectly with the two ‘divas’ of Mies van der Rohe and Scharoun, with whom it deliberately does not want to compete, yet it sends a very strong signal.”

The winning bid, designed in conjunction with landscape architect Vogt, beat submissions from Lundgaard & Tranberg, Bruno Fioretti Marquez and Staab Architekten among others.

Earlier this summer, Herzog & de Meuron’s Tate Modern extension in London opened while building work on its new £500 million stadium for west London Premier League side Chelsea is due to start next July. 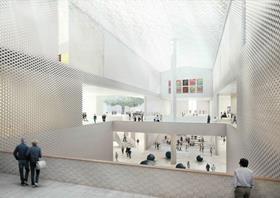 Interior of the Museum of the 20th Century, by Herzog&de Meuron