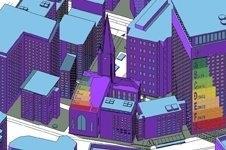 A leading property investment client today claimed EPC costs were dwarfed by the spend the client needed to make on updating property plans.

Speaking at today’s Surviving EPCs webinar Prupim environment director Martin Stephens said the firm was unable to use existing property plans for generating EPCs on its stock of buildings. “They lacked detail,” he said. “This has resulted in added expense and I think it’s a common experience in the sector. The cost of the plans will exceed the EPC itself.”