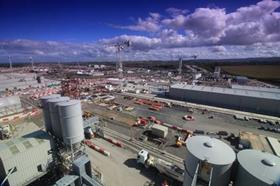 A managing director has been appointed to the consortium of M&E companies led by Balfour Beatty building the new nuclear plant at Hinkley Point.

The MEH Joint Venture was formed in September and, along with the country’s biggest contractor, includes firms such as NG Bailey, Altrad, Cavendish Nuclear and Doosan Babcock.

Now Graham Donaldson has taken over the JV from interim boss Richard Bowman.

He will work in a central office, managing the scheduling and sequencing of mechanical, engineering and heating activities on site.

Donaldson comes from Buckinghamshire-based Urenco, a nuclear fuels company, where he was a completion programme manager.