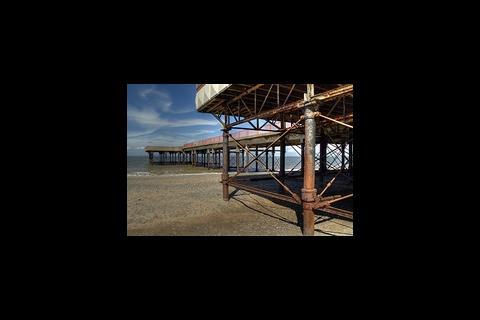 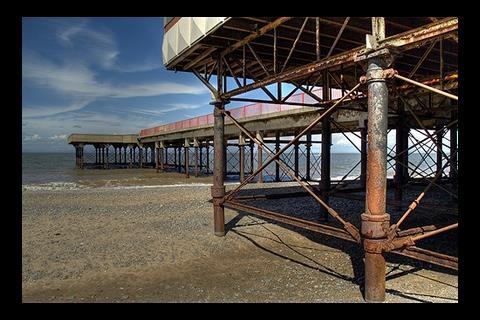 A historic pier in Lancashire has been gutted during the night by fire, which continues to blaze.

The fire at Fleetwood Pier reportedly began at about 4am and 10 fire engines are attending the scene. Half the 150m pier is said to have already fallen into the sea.

Police said it was too early to ascertain whether or not the fire was started deliberately.

Construction of the pier dates back to 1906.

It was bought for about £500,000 last year by local businessman Mike Simmons, who planned to turn the site into luxury apartments.

It is the second historic UK pier to burn down in recent months. On 28 July, most of the Grand Pier at Weston-super-Mare was destroyed by fire.