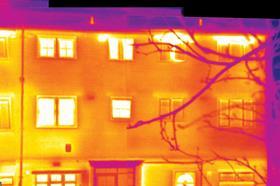 Nearly half of home buyers would demand that Green Deal loans are repayed before they buy a property, a survey by consumer group Which? has found.

Under the Green Deal, loans for energy efficiency improvements are attached to the home and repaid through the energy bills meaning the buyer of a home that has been signed-up to the scheme picks up the existing debt repayments.

It is one of the unique features of the scheme to incentivise improvements in the UK’s building stock, which makes it more economically feasible to carry out more costly complex renovations that do not necessarily pay back in a short period of time.

However, a survey of 2,070 home buyers by Which? found that 46% said they would want the loan repaid in full before buying the property.

Plus, a fifth said they would need to reconsider buying a property if they discovered it had a Green Deal loan attached.

But awareness of the scheme among home buyers had increased since Which? ran a similar survey in January from 35% to 52%.

But he added: “The Green Deal might work for some people but, as with any financial product, whether it’s a good deal for you will depend upon your personal and financial circumstances. Overall, people should tread carefully, check the small print and shop around.”

A spokesperson for the Department of Energy and Climate Change said the system was “transparent” and people could clearly see the savings on the property’s energy bills from its Energy Performance Certificate.

He added: “Home improvements make properties more attractive to buyers and the Green Deal can help people improve their homes.”