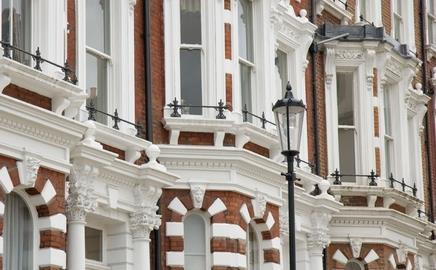 Six months of house-price falls have done nothing to improve the affordability of new housing, according to the latest data from Hometrack, writes Joey Gardiner.

Richard Donnell, director of research at the housing information provider, said: “The availability of mortgages has worsened by more than prices have fallen. Affordability is not going to improve dramatically as a result of this downturn.”

Recent price falls have led some to suggest that government attempts to make housing more affordable by increasing supply to 240,000 homes a year are no longer needed.

The price falls have been accompanied by a sharp fall-off in the build rate for housing, down at least a quarter on last year, according to the government.

The research finds that prices have risen almost twice as fast as earnings since 1990, and were by 2007 consuming a higher proportion of take-home pay – 34.5% – than at the peak of the eighties boom.

Some 41% of the households in London that could afford more than social housing rents could not afford to buy even the cheapest of the capital’s housing.

People are increasingly turning to the private rented sector, according to the research.

Donnell said: “The good news is that now there are 3 million homes rented out by private landlords. Last time there was a housing recession there essentially wasn’t a private rented sector to fall back on.”

The news comes after the Bank of England revealed mortgage approvals halved in April on the previous year, to drop to their lowest ever level. It said just 58,000 mortgages were approved.

Abi Davies, head of policy for the Chartered Institute of Housing, said: “The government has to keep its eye on the long-term game – these price falls are likely to just be a short-term readjustment.”