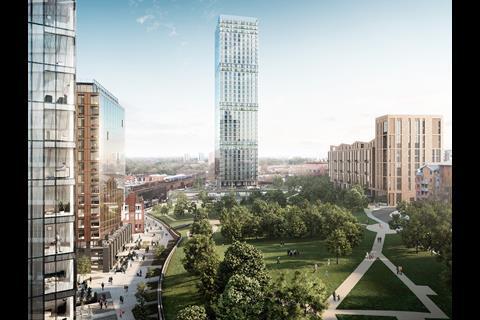 The 41-storey Angel Meadow tower designed by 5plus Architects 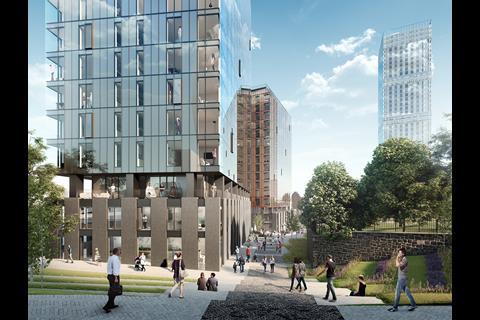 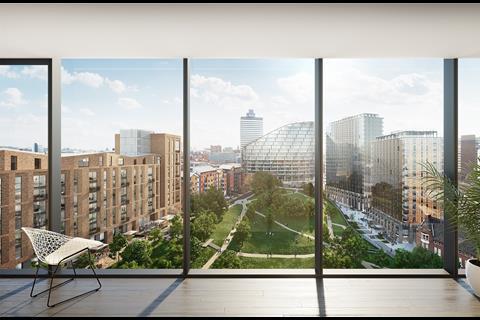 The Angel Meadow Park proposals by 5plus Architects

The scheme, designed by 5plus Architects, would deliver 754 homes in blocks split across four plots bordering Angel Meadow Park, to the north of Manchester city centre.

Its tallest element features winter gardens located at seven-level intervals, dividing the tower into “glazed stacked boxes”. It will also feature ground-floor retail and leisure space, and an “elevated park” that links directly to Angel Meadow.

The 5plus proposals also include 22 and 17-storey blocks on Aspin Street and a part-nine, part-12 storey block on Old Mount Street.

5plus director Jon Matthews said Angel Meadow Park was “a much cherished amenity” and that the practice hoped developing new housing around it would see the area thrive.

“Our proposals give everything back to the street,” he said.

“The buildings are designed to work as a family of modern homes around the meadow – reinforcing the sense of place.”

The designs for Angel Meadow are out to public consultation until early next month, with a formal planning application expected to be submitted by the end of April.

Landscape architect for the project is Planit-IE.