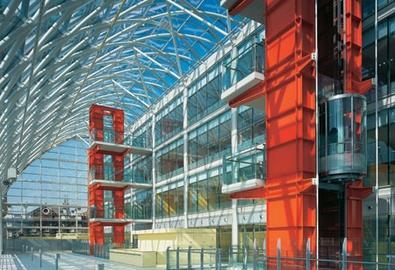 Architect posts pre-tax profit of £1.4m – one of the best results in its 30-year history

Hopkins Architects has filed one of the best sets of results in its 30-year history, marking the end of a difficult time in recent years.

Bill Taylor, managing director at Hopkins, conceded that the practice had experienced a challenging few years.

He said: “This is the best year for a while. Our results went down because we had a couple of projects that got shelved and there was a general downturn. There is a lot more work around now. One of the principal reasons for the increase is more projects in North America and Dubai.”

The practice, which was shortlisted for the Stirling prize in 2006 for Evelina Children’s Hospital in central London, is working on a cancer centre for University College London, the Dubai World Trade Centre and a science block at Yale University.

The firm also spent £500,000 on purchasing its own shares, part of a “succession planning” programme. It is understood they will be reallocated to senior members in the practice.