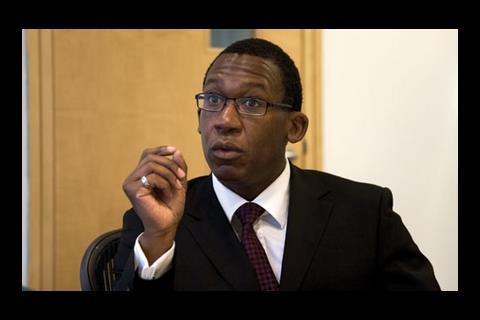 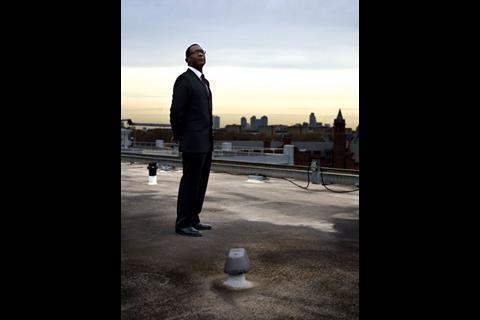 Housing Corporation boss Steve Douglas thinks some housing associations will go to the wall, is sceptical about the affordable homes target, but is nevertheless brimming with optimism for the public sector. We spoke to him on the eve of his departure

It was little more than 18 months ago that Steve Douglas became chief executive of the Housing Corporation, the body that for the past 44 years has managed the government’s investment in and regulation of housing associations. At the time, it was assumed he would lead a fairly quiet life, overseeing a smooth transition to the Homes and Communities Agency (HCA). Well, it hasn’t quite worked out like that. Douglas has, in fact, presided over possibly the most tumultuous period in the agency’s history, with the first-ever bankruptcy of a housing association – Ujima – and a catastrophic collapse in the housing market that has had unparalleled repercussions for the social housing sector.

And as of next week, he’ll be out of a job – taking a well-earned rest, he says. So what do his two years at the corporation tiller tell us about how on earth the industry is going to start building homes again? It is clear that Douglas has formed some strong views during his tenure, in particular that the corporation’s way of doing things, however successful in the past, can’t last. But also that, with the public sector set to control almost half of the housing supply this year, there is an unrivalled opportunity for the new agency to set its agenda in terms of quality and standards.

Douglas is the very model of a modern major quango chief executive. Young and energetic – at 44 he was born the same year as the corporation – he exudes a genuine matey charm. However, despite his years, he’s not without experience of tough times. Before joining the corporation in April 2001, Douglas cut his teeth at one of the largest London registered social landlords, L&Q, during the last downturn. He was there as L&Q was implementing the now infamous Housing Market Package, where 81 landlords were given £577m to spend in just six weeks, buying up unsold private stock.

Although he has been there himself and lived to tell the tale, he is not sanguine about the survival chances of all of today’s housing associations. “Some will undoubtedly find themselves in the eye of a perfect storm,” he says, listing a compendium of issues many are now facing. Douglas has a civil servant’s talent for cautious circumlocution when asked direct questions, so this response seems like a worrying admission of impending collapse. While he counters that the vast majority are in good shape, he admits that some of them – he won’t say how many – are sending out alarms. How worried is he? He pauses. “Let’s just say we’re keeping a bloody close eye on them.”

It’s worth taking a step back. Why should RSLs be in any trouble anyway? In the last recession they did rather well, using public money to buy up homes and cut-price land, confident there would be a healthy supply of tenants needing cheap housing. Things are different this time not just because so many of the affordable homes that are built have been, until recently, paid for by private developers who now can’t afford them, but also because RSLs have become exposed to development risk. Douglas admits that there are about 9,000 shared ownership homes built by RSLs sitting unsold, worth about £1bn. Of these, £640m-worth have been empty for more than six months, he says. Many associations will have been relying on these sales to fund future development work; some may even have been relying on them to fund their core management business.

It’s been tough meeting targets so far, but in 2009-11 it’ll be tougher still. The HCA shouldn’t be the Housing Corporation mark two

As a result, many associations don’t have the strength in their balance sheets to expand their building programme. And we all know that housebuilders are refusing to build. So, while from next week it’s not his problem, how on earth does he think the affordable homes targets are going to be met? Douglas comes as near as it is possible for a public servant to admit that future targets – 155,000 affordable homes in the next three years – won’t be met. “It’s been tough meeting targets so far, but in 2009-11 it’ll be tougher still. The HCA will have different options – I don’t think it should be the Housing Corporation mark two.”

One option is to continue to look outside the RSL sector for new homes – to councils, housebuilders, arm’s-length management bodies and mixed-use developers. “It’s about us managing the risk in our programme – we’re not putting all our eggs in one basket. We’re looking at all of these.” Nevertheless it seems a tall order – in the last spending round just 1% of the £4.8bn total number of homes came from outside the RSL sector.

Douglas knows more radical change will be needed. The answer, then, will be in using land owned by the HCA as the basis of partnerships with developers and RSLs to share the development risk. At the moment this means building many schemes that start off as 100% rental – with tenants given options to buy when the market improves. Douglas has been pushing this rent-to-buy model and thinks it’s a way out of today’s development stalemate.

Another possibility is that the public sector takes on all of the development risk, leaving housebuilders as mere contractors. “It’s an option,” he says, pointing to the Pleck scheme in Wallsall where he says it’s already happened. The public sector, he says, needs to purchase wisely. “We’re a buyer, and we’re up for doing a deal at the right price and at the right quality. However, we’ve still got some [developers] that are talking about 2007 prices, and a 25% developer’s margin. That’s not the best deal for us.”

It is this theme that Douglas returns to again and again – the public sector as buyer, using its newfound power to make the best deals. So despite all the trauma, the collapse of Ujima, his continued frustration over his passionate desire to improve design standards, you get the distinct sense it hasn’t been an unpleasant rollercoaster for Douglas to be on. “It’s been fantastic. It’s almost like: the public sector, now it’s our turn. Being that buyer in the market. Getting back to rolling our sleeves up and doing some of the deals, not being at the back end of the market place. It’s not a bad position to be in.”