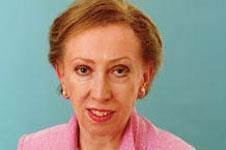 Government has "lost all touch with reality," opposition claims

Housing minister, Margaret Beckett, has been called “out of touch” for spying an upturn in the housing market.

In an interview with the Sunday Times, she said there were signs of an “upturn” in the property market. She also urged first-time buyers not to delay researching their purchase to avoid a “mad rush” when the economy picks up.

“The housing market remains in dire straits, starved of mortgage finance,” said Professor Peter Spencer, Item’s economic adviser. “Although bargain hunters are active, there seems little reason to buy until house prices stop falling. We do not see this happening until the end of 2010.

Grant Shapps, the shadow Hosing secretary, said: “The government has lost all touch with reality. Experts say 75,000 families may be evicted from their homes this year, yet the housing minister actually seems to believe that life is getting better.

But Beckett said she was speaking based on evidence of recovery from estate agents. “Some people have been saying the appetite to buy has gone through the floor, but clearly we’ve had this anecdotal evidence of a bit of an upturn in interest.”

Beckett was probably referring to a RICS survey carried out last week saying that new buyer enquiries were at their highest since 2006.