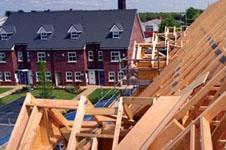 Stewart Milne has seen profit slump 40% as a result of the ailing housing market.

The housing and construction firm reported pre-tax profit of £25m for the year to June 2008, a drop of 40% from the 2007 figure of £42m. The group's profits were pulled down by the slump in its housing division, despite a solid performance from its contracting arm.

The group, which reported a 21% rise in turnover to £420m from £348m last year, also confirmed that it has made 278 of its employees redundant, although this is slightly fewer than the potential redundancies it warned of in July.

Chairman and chief executive Stewart Milne said: “No one is immune to the current market challenges in the housebuilding sector. There is a lack of confidence with potential housebuyers, and this combined with a lack of liquidity in the marketplace has stopped many people from buying new homes.”

He added that the firm had introduced measures to try to encourage new buyers, including a competitive mortgage package and a home value guarantee to new customers that protects the value of their new home if they wish to sell in a three-to-six-year period, with the company paying back any shortfall.

Milne said: “We have a strong belief in our product, and these initiatives demonstrate our confidence in the longer-term view of the sector.”