How to set up business in India 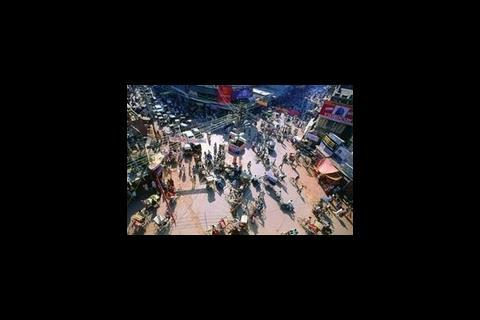 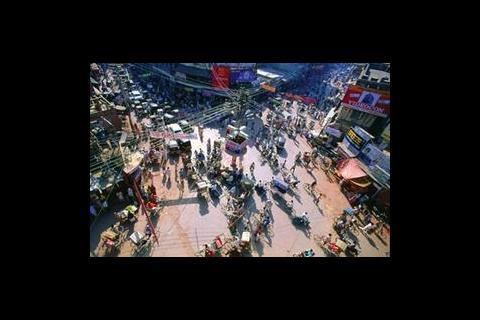 India's bureaucracy is notorious, but the government is so keen to attract foreign firms to help build infrastructure that it is even cutting back on the red tape

Is it best to set up a local base or operate from the UK?

The government's prioritisation of infrastructure development means that it is actively seeking foreign as well as a domestic private investment, and construction is rife in India.

According to Nick Beider, director of Cyrill Sweett India, a local set-up is essential to work in India, because it provides sound foundations to bridge the geographical and cultural gaps that bring the biggest challenges. Business and service delivery models also need adjusting to suit local market demands, which would be extremely difficult to achieve from a UK base.

A physical presence allows you to have intelligence on the ground, and as business here is very much about whom you know, it will allow you to make regular contact with clients. And don't just head for the main cities of Bombay, Delhi or Mumbai - according to a recent survey by PricewaterhouseCoopers, the towns of Surat, Jaipur, Pune Luchnow and Kanpur ranked among the world's the top 20 cities for growth by 2020.

A foreign firm has two options for setting up a business entity in India. It can either set up an incorporated entity under the Companies Act 1956 through joint ventures or wholly owned subsidiaries, or it can set up an unincorporated entity through a liaison, representative, project or branch office of a foreign company. Such offices can undertake activities permitted under the Foreign Exchange Management (establishment in India of branch office of other place of business) Regulations 2000.

Do you need to form a joint venture with - or even buy- a local firm?

You need to definitely have “some form of arrangement” with a local firm, says Gary Neville of Infrastructure India. His firm uses an Indian subcontractor, and this can help you win work and make contacts.

It is fundamental to understand local practices when entering a new market, and the pace of business and economic growth in India dictates a quick learning curve. The most efficient way of climbing such a learning curve is to partner with a similar or complementary local firm to achieve mutual benefits such as access to an international client base.

Should you start with existing clients or can you go in cold to win work?

Try to avoid entering the market with no clients, since cold calling will just put you in competition with others in the same position. If you can make contacts and get to know the big players of your sector in the region, this will help in the long run.

We live in a global market where clients expect similar standards from their suppliers, wherever they operate. For this reason, ventures into new markets are often driven by the requirements of existing clients. It is important to build up a local client base to continue operating a sustainable business thereafter.

What are the best ways to network with local contacts?

Visit potential clients - make the effort and go directly to their offices. A lot of meetings are conducted over a cup of tea: “It's a bit more civilised than in Britain,” says Neville.

Beider recommends attending conferences and forums too, a variety of which take place in the larger cities.

A good way to make contacts before heading out would be to join the India Business Group - an informal group created at the initiative of the High Commission in 1999. It brings together senior executives and professionals from Indian companies in the UK with leading consultants and professionals from British firms, to advise firms on doing business in India and the UK. More information is available from the High Commission's website.

To ensure you get paid, should you insist on a large amount up front?

Up-front payments are the norm in various regions around the world, and this is definitely the case in India - to the extent that one would be perceived as not following local practices if it was not factored into a pricing structure, says Beider.

Is it best to hire locals or ship out staff from your UK office?

A combination of both is preferable. Locals will have the obvious advantage of knowing the area, the business culture, and the particular nuances of the local market. However, taking British staff along will also have its benefits as they will have transferable skills that they can introduce to India.

Are extra financial or other incentives necessary to attract staff?

According to Beider, incentives can take many forms, but the opportunities for career progression in developing markets are also a strong attraction.

India has a serious skills shortage, and huge numbers of workers are needed to keep up with the growing economy. With such a boom in construction, competition can be fierce, and Indian firms sometimes use equity in the business as an incentive to attract senior analysts and associates.

Local workers can also receive benefits in the form of schools and houses, which are sometimes built near a project to allow labourers to bring their families with them.

What bureaucratic hurdles do you face to establish yourself and generally get things done?

It is fairly common knowledge that there is a greater and more diverse bureaucracy in India than in most other countries. This means that a compliant approach is needed, says Beider, which generally needs more planning and takes more time than, for example, in European markets.

Among the areas to be carefully planned in this regard are: initial set-up, including banking; transfer pricing issues for group supplies and services; service, education and withholding tax considerations; currency remittances; and generally satisfying regulatory requirements.

For those working in infrastructure, however, Neville reckons that the bureaucracy can be less hassle and faster to deal with than in the UK, simply because the Indian government is so keen to promote the sector and get companies to invest in this area.

What is the most tax-efficient way of operating?

Looking just at corporate rather than the personal tax regime, the answer depends on a number of variables and also on your own tax domicile, since India does not have double-tax treaties with every other jurisdiction, and those that are in place have differing contents.

Beider says that this may determine whether you opt for a local company or a branch as your permanent establishment. The answer also depends on your aspirations within the country. The incidence of corporation tax will determine whether it is appropriate to act as a single entity and will also drive the manner of integration for in-territory acquisitions.

Navigating local tax laws can be a bit of a minefield. The best thing to do is employ somebody who understands the system, to help you maximise efficiency. You can also seek advice from the UK Trade and Investment office.