Station designed by Grimshaw and WSP given the green light

HS2’s Curzon Street station in Birmingham has been given planning permission by the city council.

Three planning applications for the new station and the surrounding landscaping were approved by the council’s planning committee during a virtual meeting earlier today. 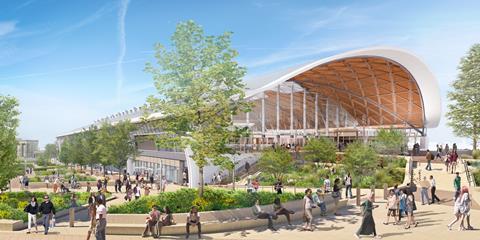 HS2 has been working with WSP and Grimshaw Architects on the design (pictured) for the £570m station.

Progress on the site of the new station has included a massive archaeological programme, involving 70 archaeologists, unearthing the world’s oldest railway roundhouse.

The site has been cleared by a Laing O’Rourke and Murphy joint venture with utility diversions set to begin this summer.

Procurement for the main contractor has already started, with invitations to tender set to be launched in the summer after HS2 cancelled its previous procurement process.

Work will also include revamping the grade I-listed Old Curzon Street building which is the surviving entrance building to the site’s previous station which closed in 1893 after just 55 years.

A council report recommending the scheme for approval said: “The elegant and (deceptively) simple form of the main station building clearly reads as a railway station and harks back to traditional station architecture, delivering this in a confident and contemporary way.”

It also said the station’s public realm “provides a high quality urban environment” and “will be of much wider benefit than just users of the station, providing key connections to the knowledge quarter and Digbeth”.

Curzon Street station will be the first new intercity terminus station built in the UK since the since the 19th century. 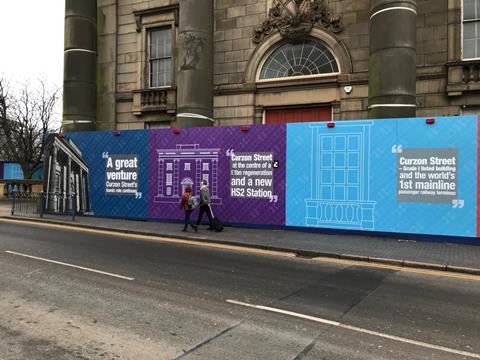